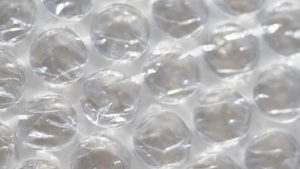 In the last thirty years, palletisation films have been one of the success stories of the global plastics and packaging industry. Strong demand from a wide range of customer industries, combined with a real competitive advantage against other forms of pallet stabilisation, has resulted in sustained growth in the developed, more mature markets and accelerating growth in other regions.

The 2020 edition of AMI’s Palletisation Films – The global market report is the result of an extensive research programme, providing a detailed independent assessment of this industry in times of uncertainty as a direct result of the Covid-19 pandemic. The report quantifies demand and production of pallet stretch wrap, shrink hoods and stretch hoods in each world region with a five-year forecast. It examines polymer demand and inter-material competition as well as the industry structure and latest developments of major global palletisation film producers.

The market has matured in Western Europe and North America (USA in particular), resulting in lower growth rates and a strong focus on customised technical innovation. Higher growth rates are projected for the markets of Asia & Australasia, Africa, and even Central & South America despite the economic struggle the key countries like Argentina and Brazil have been enduring. These promising growth rates mean great opportunities to all industry players in these regions. What is required are robust and sustainable strategies to exploit the growing market potential.

Most recently, the dynamics characterising the pallet stretch wrap trade arena have been influenced by a boost in polymer production capacity in the United States, a surge in local consumption in developing nations driven by investments in the retail, infrastructure and construction sectors, as well as fluctuations in exchange rates which have been affecting the competitiveness and cost structures of some regions.

The adoption of stretch hoods is becoming increasingly attractive for a wider range of transported goods at the expense of shrink hoods. As the cost of wrapping machinery decreases because of higher competition from new entrants, and the wrap cost per pallet reduces as a result of thinner and stronger films, it is expected that stretch hoods will continue penetrating more than the spiral pallet wrap applications used by major customers.