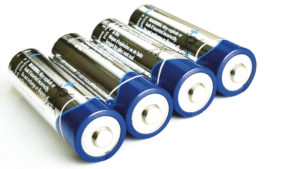 According to the survey, some 58 percent expect general economic conditions for the battery recycling industry to improve over the next two years. One in four expects business to remain at a stable level. Only 18 percent of respondents expect business to slow down.

The results are even better when it comes to assessing future volume trends:

These opinions are based on a survey conducted by the ICBR Steering Committee among the participants of the annual ICBR industry meeting. The results are summarised in the “Industry Barometer ICBR 2019”, which was published for the third time at this year’s congress in Lyon/France. Although not statistically representative, the results do provide a meaningful insight into current opinions prevailing in the sector.

A similarly positive picture emerges in the assessment of current volume trends:

When asked about the factors influencing business performance, the respondents refer in particular to the growing market for battery applications. The quantity of waste batteries handled by sorting, dismantling or recycling facilities is growing and is likely to continue to do so.

At the same time, the downward pressure on profitability also appears to be increasing. Factors highlighted in the survey include fluctuations in the price of active materials recovered from batteries, based on prices quoted on the London Metal Exchange (LME). An additional challenge is seen as the financing of battery returns, when necessary. Furthermore, some sector representatives expect the composition of batteries to continue to change, thus adversely influencing the cost of collecting, transporting and recycling materials.

Another issue for the sector is the different legal frameworks that apply from country to country. This aspect is not only relevant in terms of battery recycling, but also with regard to the harmonisation of definitions and objectives between the Battery Directive, the Waste Framework Directive and the Waste Electrical and Electronic Equipment Directive. It is also seen as a challenge to raise awareness in such a way that the collection of consumer batteries, as well as that of small industrial batteries, produces the desired results.

“The Battery Recycling Industry is highly motivated to entering a circular economy policy as recommended by European Authorities”, Jean-Pol Wiaux, Chairman of the Steering Committee of the ICBR, summarises the results of the Industrial Barometer ICBR 2019. “Such a motivation is supported by the significant market development of mobile electrical power sources. The impact of recycling on the supply of active materials for batteries may become significant when such a policy is efficiently implemented and when the economic context remains favourable.”

“The success of a transition from a linear approach to a circular economy requires improvements at the level of coherence and harmonization within the European Legislative and Regulatory frameworks impacting the Battery Recycling Industry”, Jean-Pol Wiaux added. “The market development of electrical energy sources is a global issue as well as the battery recycling business. Experiences gained in EU could be adapted in many other countries where the implementation of a national legislative framework would create a level playing field between economic actors for the efficient collection and recycling of spent batteries.”