Better to erase than to destroy 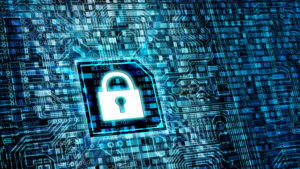 The report “Poor sustainability practices – enterprises are overlooking the e-waste problem” by Coleman Parks Research attempts to shed some light on this topic. The report was commissioned by Blancco, an international data security company that specializes in data erasure and computer reuse.

There is no doubt that sustainability has become a new standard, but there is also no doubt that it needs to become more than something merely written on paper. Better management of retired IT equipment could be an important way to influence the situation, as the study points out, but that has not happened to date. “Wastefulness is prevalent within the IT industry, and e-waste is a growing concern,” it states. Alan Bentley, Head of Global Strategy at Blancco, emphasizes that e-waste is a huge issue, as perfectly reusable assets are being sent for recycling while a great many recycling practices are still not sustainable.

One of the primary causes for the growing e-waste issues are the methods used to process hardware, the study claims. More than one third of the organisations participating in the survey use inappropriate data removal methods that could put their businesses at risk – both in terms of security and of the environment. The methods of hardware disposal include the physical destruction of end-of-life assets without an audit trial. This typically involves shredding and crushing equipment, which puts harmful waste into the environment if not done properly. Mr Bentley also sees this as a kind of legacy stance and points out that software is much more sophisticated today and that proper erasing is as good as destruction.

The research shows that the world’s largest enterprises use physical destruction methods and collectively destroy hundreds of thousands of assets each year. If the assets were to be erased and resold instead, the companies could each earn up to 2,000 carbon credits per year. And even if reselling is not an option, those assets could still be either reused or donated. However, to enable this change, the companies would need to sanitize these assets through software-based data erasure. “This asset now no longer has a life for this organisation, the asset is no longer required and is therefore classified as end-of-life, but in many cases it is not and could be reused,” Mr Bentley says. He considers it as a kind of disconnect.

What’s even worse is that 39 per cent of the companies destroy end-of-life IT equipment because they believe it is better for the environment. This percentage is even higher for government organisations (52 per cent) and legal organisations (46 per cent). “There are still many people out there who believe the only way to truly erase the data of an asset is to physically destroy it and shred it,” Mr Bentley states. He sees this as an alarming trend and added that he would understand it if the companies thought that destruction was more secure.

The study sees three main reasons why companies choose physical destruction: a lack of education, a lack of ownership and communication, and a lack of robustness in terms of data security and environmental regulations.

An obvious example for the lack of education is the aforementioned figure of 39 per cent who consider physical destruction as better for the environment. By now it should be a well-known fact that this is not the case and that it is always better to extend the life of an asset. However, as Mr Bentley points out, there is still a lack of education regarding when an asset should be destroyed physically or when it would be better reused, resold or donated. He also hints at the pandemic, where with a lot of home schooling in the last few months, many assets could have been repurposed and put to good use.

Regarding the second reason, the study states that dealing with end-of-life equipment is a part of most companies’ CSR policy. However, more often than not this is either not communicated or not properly acted upon. Mr Bentley adds that in many companies the employees are not aware of what the policy means and how it should be implemented.

Looking at adequate regulation, the study points out that in the USA, 22 states do not have their own e-waste laws. That is different in the EU, but the UK, for example, failed to meet its targets in 2019 “and is one of the worst offenders for exporting waste to developing countries”. More robust legislation is therefore urgently needed.

It is interesting to have a look at regional differences. On a global basis, 83 per cent of organisations have a CSR policy in place. The numbers are even higher for the UK (86 per cent), USA/Canada (85 per cent), France (91 per cent) and Germany (95 per cent). Moreover, dealing with end-of-life equipment is integrated in the majority of these CSR policies across all regions. The numbers are also quite similar regarding sanitization and the reuse of end-of-life equipment with a global average of 24 per cent and between 22 and 26 per cent in the four above-mentioned countries/regions. However, there is a huge difference when it comes to physically destroying end-of-life equipment, as it is often considered “better for the environment”: the global figure is 39 per cent. And while the USA/Canada (30 per cent), France and Germany (both 29 per cent) are well below average, in the UK 55 per cent of the organisations tend to destroy their end-of-life IT equipment physically.

The study also hints that the growing problem of e-waste does not only relate to the physical, but also to the digital world. Currently, data centres consume 2 per cent of the world’s electricity. This number is expected to reach 8 per cent by 2030. However, only 6 per cent of all the data is actually in use. Nevertheless, it needs storage space in the physical world, which will then in turn end up as e-waste at some point.

The study also states that only 24 per cent of end-of-life equipment is currently recycled. Mr Bentley points out that many recyclers still ship material to emerging countries. He states that destruction is both quicker and more cost-effective and therefore an attractive solution for many companies. He also refers to company policies that were written quite some time ago and are now difficult to amend, as change has to be driven from the top. “We still have a little bit of an uphill battle to convince people that they need to change their processes,” Mr Bentley concludes.