Borealis becomes a Core Partner of the New Plastics Economy 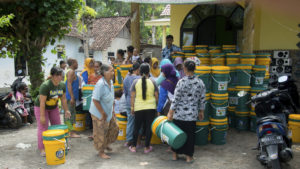 The New Plastics Economy is uniting key stakeholders – including citizens, NGOs, academia, governments, philanthropists, municipalities, and companies – behind one common vision: to eliminate unnecessary and problematic plastics; to innovate in order to create the plastics that society does need, and ensuring that these are reusable, recyclable or compostable; and to circulate plastics, thereby keeping them in the economy, and out of natural environments.

According to the company, Borealis has in place a comprehensive circular economy strategy based on three main pillars:

“To address plastic waste at source, we need to fundamentally rethink the way we produce, use and reuse plastics. It is great to see Borealis, as a major plastic producer, step forward to help accelerate that transition,” says Sander Defruyt, who leads the New Plastics Economy initiative at the Ellen MacArthur Foundation. “In addition to developing innovative solutions and investing in infrastructure in emerging markets, Borealis is leading the way by transitioning its own business model, gradually decoupling from virgin fossil-based production by integrating more and more recycled and renewable plastics in their products. We hope to see many other plastic producers follow their lead.”

Lucrèce Foufopoulos, Borealis Executive Vice President Polyolefins & Innovation & Technology, is pleased that Borealis has deepened its commitment to the circular economy. “We are proud and honoured to have been invited to join the other Core Partners of the News Plastics Economy initiative in accelerating the transition to a circular economy for plastics,” she states. “Borealis has made firm commitments to significantly increase the volume and range of our circular plastic solutions. We are equally committed to working with the Ellen MacArthur Foundation to achieve this essential transformation to a new and circular future of plastics.”

More information about EverMinds, including the DfR “10 Codes of Conduct”