Can the UK meet its zero waste target? 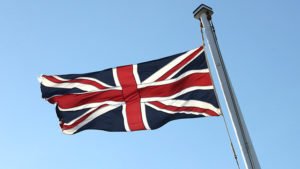 Following this declaration, the government outlined a number of promises and targets to tackle climate change and pollution. These included a target of eliminating ‘avoidable’ plastic waste by 2042 and an ‘ambition’ of making all plastic packaging on the market recyclable, reusable or compostable by 2025.

Extinction Rebellion is absolute in its belief that we must see unprecedented change from politicians and organisations immediately if we’re to protect the planet from the worst of climate change. Are these targets ambitious enough and are they achievable at the current rate of change? What does the UK government have in store to make the changes happen and how big is the challenge these must surmount?

Recycling rates in the regions

Though the UK’s targets and ambitions are focused on the entirety of the union, Scotland’s devolved parliament has also set out their own target of a 70% recycling rate by 2025. The recycling rates for each country in 2017 were 45.2% in England, 46.3% in Northern Ireland, 43.5% in Scotland and 57.6% in Wales. Only Wales is currently meeting the EU target of 50% recycling by 2020 and Scotland has a long way to go to meet their 2025 objective.

Over 2 million tonnes of plastic packaging is used in the UK each year. The government estimates that of this figure, 1.53 million tonnes was disposed of as plastic waste in 2016, a number up 24% since 2010 and up 13% since 2014. WFF predicts that, at the current rate, this figure could be as high as 6.3 million by 2030. Plastic waste is one of the world’s biggest concerns in terms of ecological impact as it uses non-renewable oil to produce, has one of the shortest usage lives and causes long-term damage to the planet once disposed of.

Single use plastics in the UK

The government’s data on waste management reports that 91% of plastic waste was sent to ‘recycling and other recovery’ and 9% to landfill. However, these figures don’t take into account mixed plastics processed as ‘households and similar waste’ and so may be missing a considerable amount of harmful waste being sent to landfill. WWF predicts the figures are more likely 29% recycling, 22% energy recovery and 48% landfill.

Single-use plastic is so deeply ingrained in every part of British consumer culture that such a seismic shift is likely to take a long time but the urgency of climate breakdown leaves little room for manoeuvre. The Climate Change Committee’s progress reports show that this room is constantly shrinking as the government fails to meet its interim targets.

The Climate Change Committee notes that the UK is not on course to meet its targets of cutting emissions in the 20s and 30s and that the cost of dealing with emissions will continue to increase the longer it is left. If plastic production continues at the same rate of growth, greenhouses gases from the global plastic sector will account for 15% of the global annual carbon budget by 2050. By claiming to take the lead on cutting emissions, the UK will need to deal with its single-use plastic issues and set an example for the rest of the world in reducing plastic use.

One of the UK’s intentions to reduce new plastic use is to ramp up the plastic producer’s tax. This tax currently means that packagers pay 10% of the cost of producing new plastic in tax but this will be increased to 100% to encourage plastic packagers to find new ways to reduce plastic waste. The government also plans to introduce a 30% tax on production and import of plastic products made from less than 30% recycling material.

By implementing these policies, the government will force the hand of businesses to be more eco-conscious in their production and limit the damage of plastic waste through reuse and improved degradation.

The UK government is also considering introducing a deposit return scheme similar to those run in other European countries. These schemes have had considerable success, with countries like Germany, Finland and Denmark seeing return rates of 98%, 92% and 90% respectively. This would allow organisations and the public to work together to deal with plastic waste, reduce littering and encourage higher recycling rates.

Local authorities currently set their own recycling policies, meaning that some recyclable products are being sent to landfill unnecessarily. The way the government proposes to tackle this issue is by rolling out a universal recycling policy for the whole of the UK. This will bring all local authorities into line and remove as much ambiguity from household recycling as possible.

Something the government will also need to consider is the disposal of single-use plastic items such as coffee cups. Bonded plastic and card cups are difficult to recycle but more waste collectors and councils are collecting them in household recycling and taking them to specialist processing plants. To really take steps towards zero avoidable waste by 2042, the government will have to do all it can to ensure the public is taking recycling seriously.

In addition to improved recycling, another of the most interesting plans for cutting single-use plastic is through the introduction of bioplastic alternatives. Bioplastics are still an emerging technology and there will no doubt be many issues to resolve before they can be used universally, but there are many ambitious initiatives to create a more circular economy with plastic.

The bioplastic PLA is a highly versatile material which can still be process in petrochemical plastic plants and is fully compostable and biodegradable. This kind of bioplastic is produced from the fermentation of corn, wheat or sugarcane, helping reduce dependence on dwindling oil supplies and saves 2.3 times the energy to make.

One of the biggest drawbacks with bioplastics currently is that they mainly use plant products like wheat or corn as a feedstock, meaning their production would use masses of land which could be dedicated to food production for in-need countries. There are some initiatives experimenting with alternative ways to make plastic without depending on such large amounts of land or oil but there is still a long way to come before they are marketable.

As rebellion against the climate emergency builds around the globe, the UK’s plans to tackle waste and emissions are welcome but there will need to be much more work done before the country is on track to meet its own targets and drive global emissions down.

This article was written by Damon Culbert from The Juice Guru, mobile juice bars and bike providers in the UK passionate about sustainability in the service industry.