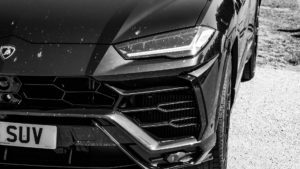 For the first time, the average CO2 emissions from new vans also increased, says EEA. Manufacturers will have to reduce emissions of their fleet significantly to meet the upcoming 2020 and 2021 targets.

The EEA has published the provisional data for the average CO2 emissions from new passenger cars and vans registered in the EU and in Iceland in 2018.

After a steady decline from 2010 to 2016, by almost 22 grammes of CO2 per kilometre, average emissions from new passenger cars increased in 2017 by 0.4 g CO2/km. According the provisional data, the upward trend continued with an additional increase of 2.0 g CO2/km in 2018.

Vans registered in the EU and Iceland in 2018 emitted on average 158.1 g CO2/km, which is 2.0 grams more than in 2017. This is the first increase in average CO2 emissions from new vans since the regulation came into force in 2011, following a sharp decrease in 2017.

The main factors contributing to the increase of new passenger cars’ emissions in 2018 include the growing share of petrol cars in new registrations, in particular in the sport utility vehicle (SUV) segment. Moreover, the market penetration of zero- and low-emission vehicles, including electric cars, remained slow in 2018. With the 2021 target of 95 g CO2/km approaching, much faster deployment of cars with low emissions is needed across Europe.

Many factors affected the increase in CO2 emissions from new vans in 2018, including an increase in the mass, engine capacity and size of the vehicles. The market share of petrol vehicles also increased, constituting 3.6 % of the new vans fleet (2.4 % in 2017). The share of zero- and low-emission vans remained at the same level (1.7 %) as in 2017. Further efficiency improvements are needed to reach the EU target of 147 g CO2/km set for 2020.