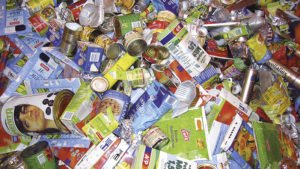 The European Commission is dragging its feet in the development of ecodesign and energy labelling rules for products, mainly due to a lack of resources as these policies are not given the prominence and resources they deserve.

Ecodesign and energy labelling policies alone are expected to deliver about one-third of the savings needed to achieve the EU’s 2030 55% emission reduction target.

However, only 25% of updates foreseen for the 2016-2019 period have been implemented to date. In parallel, the Commission is still developing its Working Plan for 2020-2024, which is expected to be adopted with at least a 2-year delay.

Delays in developing ecodesign and energy labelling policies are estimated to cause 10 million tonnes (CO2eq) of additional emissions every year by 2030, according to new analysis by ECOS and the European Environmental Bureau (EEB) for the Coolproducts campaign. This is equivalent to 5 million cars added to our roads.

Without delays, consumers could save a total of 40 billion euros on their energy bills between 2020 and 2030. As it is, however, an average European household will now spend an extra 110€ on energy by 2030 as a direct result of poor policymaking.

The current situation raises concerns over the Commission’s allocation of resources to essential climate and product policies.

Resource shortages clash with the high relevance that ecodesign and energy labelling policies are set to represent in the much-anticipated Sustainable Products Initiative, a flagship file currently under development by the Commission.

To make up for the time already lost and harvest the potential additional savings, environmental organisations call on the Commission to allocate adequate staff numbers and political urgency to crucial ecodesign and energy labelling policies, switching towards a much more ambitious implementation of the existing regulations.