Drop in exports to be expected from new trade rules 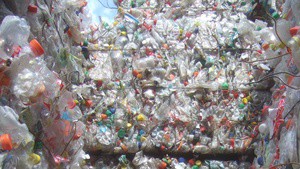 On May 10, after two weeks of meetings between the Conference of Parties (COPs) to the Basel, Rotterdam and Stockholm conventions in Geneva, 180 governments adopted the Norwegian proposal to amend the Basel Convention. Mixed plastic wastes have been moved from the “green list” to the regime of the “amber list”. Outside or within EU, exports of plastic waste that are not perfectly sorted, recyclable, and uncontaminated will be subject to prior consent from exporting and importing countries as of January 1, 2021.

FEAD’s president, Jean-Marc Boursier reacted to the adoption of the proposal: “This international decision, of which we understand the motives but question the effectiveness regarding marine pollution, ignores that recycled wastes are traded on a global commodity market. Such a major drop in the exports of EU collected and sorted plastic waste will affect, in the short and in the long term, the existing separate collection and sorting systems and, finally, downgrade the EU’s recycling performances. In the absence of new markets compensating the lost exports, it will prevent new investments and jobs from being created. The private waste management industry is ready to invest in improving the quality of plastic recyclates only if there is a market for recycled plastics. Pull measures such as mandatory recycled content in products, reduced VAT, mandatory green public procurement, can create a demand shock. Imported products should also be covered by these rules. The EU has to urgently adapt its own intra-EU shipment rules so that shipments of non-hazardous plastic waste for recycling or for recovery remain under the current regime.”

Consequences for plastics recycling in Europe
Following the adoption of this amendment, there will be a drastic drop in exports outside the EU. The latter will become more difficult and more expensive due to additional red tape and long delays (up to several months) required by prior consent. They might even become impossible, not only in case of delayed or missing consent, but also due to the legal uncertainty on how customs authorities will determine if plastic waste shipments meet the conditions of exports destined for recycling “in an environmentally sound manner” of plastic waste flows, “almost exclusively composed” of the same kind of plastics, “almost free from contamination and other types of wastes” (Entry B3011 which will become effective as of 1/01/2021. Draft Decision BC-14: Amendments to Annexes II, VIII and IX to the Basel Convention). In the absence of thresholds and a clear definition of “contamination”, the legal criteria for meeting the conditions will be highly uncertain and subject to wide differences of interpretation.

Certain plastic waste should be reclassified and assimilated to hazardous waste in the ‘amber’ list, but for the time being no appropriate code exists, making some plastic exports impossible. Generally speaking, assimilating all plastic waste to hazardous waste, as far as the shipment regime is concerned, will create confusion and legal problems in the future.

As long as the demand for recycled plastics remains weak, the loss of flows of exports outside the EU means less recycling within the EU. If plastics that are currently collected and sorted in the EU (7,8 Mt) are no longer fit for export outside the EU (3 Mt), the prospects are that they will be subject to energy recovery or disposal.

Plastic waste shipments that are today destined for intra-EU trade will be affected by the significant new hurdles caused by the new rules, since collection, sorting and recycling often take place in different Member States. Long-lasting and uncertain controls will definitively be an obstacle for the recycling and recovery EU markets, which is a far cry from the direction given by the Circular Economy Package. Intra-EU trade of plastic waste must remain as it is.