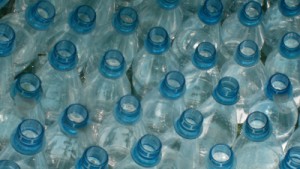 In March, the European Parliament adopted the Commission-proposed Single-Use Plastics (SUP) Directive to increase the recycling of polyethylene terephthalate (PET), the main component in plastic bottles and containers for packaging foods and beverages and personal care products. This development was already supported by a range of international brands through their own recycling pledges.

Today, the results of a study conducted by ICIS on the 2018 market were released, which looked at the supply chain: collection, recycling and end-use of PET. The report is a collaborative effort including national authorities, compliance agencies, deposit return schemes and recyclers. The conclusion is that the PET bottle collection rate in western Europe has risen from 58% in 2016 to 63% in 2018 and is projected to reach 65% in 2019. Under the SUP Directive the industry is required to reach recovery rates of 77% by 2025 and 90% by 2029, but the collection volume growth rate is currently falling. ICIS estimates that the volume of collected material will need to increase by 7% per annum if the 2029 target is to be met.

Helen McGeough, ICIS senior analyst, Plastics Recycling explained the dynamics. “The rise in demand for RPET (recycled PET) began early on in 2018 as supply issues for virgin PET resin carried over from the end of 2017; this pushed up demand from sectors that could easily use either feedstock. This in turn pushed up prices as supply was constrained, since collection activity did not increase in line with demand. The drive for food-grade RPET came later in 2018, once the SUP Directive was passed.

“Despite the boost in demand for RPET, collection failed to match those growth rates, reaching 2.1 million tonnes in 2018 – just 2.4% growth on 2017 volumes. Tight supply saw PET bale prices rise 20% in 2018, compounded by the growth in reclamation capacity during the year that expanded to meet the downstream demand for RPET products.
“The reclamation industry increased production of RPET products by 17% to 1.4 million tonnes and packaging applications absorbed two-thirds of that total. The capacity of food-grade RPET barely had time to build prior to the rush of supply enquires following the signing of the SUP Directive. As a result of the Directive, there was an increase of 13% in food grade RPET prices, which were generally accepted as these prices sat only 7% higher (on average) than virgin PET prices. However, this has changed considerably in 2019 with premiums of over 30% on average, peaking at near 50% so far this year.”
Looking ahead, collection volumes are projected to grow by less than 4% per annum over 2019-2020. If this growth rate is sustained in the longer term, the SUP Directive recovery targets will not be met.

According to ICIS The top seven highest collection rates in 2018 were found in countries with a deposit return scheme (DRS) in place for PET bottle collection, perhaps evidence that such systems are what is needed to produce the outcomes required in terms of quantity and quality improvements. Regulation is seen as the most effective way to drive investment in recycling — but agreeing who pays within the supply chain is an argument that will run for some time.