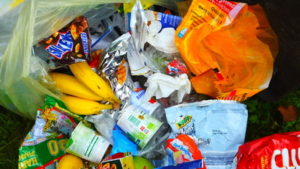 MEPs are looking to further accelerate Europe’s push against the throwaway economy, following a key plenary vote in the European Parliament last night.

Amongst other amendments, lawmakers called for the introduction of two legally binding targets to significantly reduce the EU’s material and consumption footprints by 2030. The targets would help curb Europe’s consumption and material footprints, bringing consumption and production patterns within planetary boundaries by 2050.

The vote confirms the position of the Parliament’s environment committee, which introduced the amendments two weeks ago. The European Commission will now have to take into consideration the demands of MEPs with a view to updating its Circular Economy Action Plan put forward last year.

Hailed as one of the pillars of the European Green Deal, the Commission’s proposal for the action plan was already praised for supporting sustainability and durability in the design of textiles, electronics, packaging, batteries, and other products.

MEPs also called for the absolute decoupling of economic growth from resource use, questioning the Commission’s arguments for green growth as a strategy for sustainability.

The Parliament’s stance significantly improves this strategy, according to Stephane Arditi, Director of Policy Integration and Circular Economy at the European Environmental Bureau (EEB). He said: “Legally binding targets for material use and consumption patterns are badly needed. They were the main missing piece of the puzzle in the European Commission’s proposal.

If approved by the Commission and member states without delays, the targets can play a central role in Europe’s green recovery, helping citizens, businesses and governments save valuable and limited resources.”

Despite being the very first legally binding targets addressing over-consumption at EU level, the Netherlands and Finland have already adopted similar measures.

Other notable amendments approved by the environment committee this week push for: