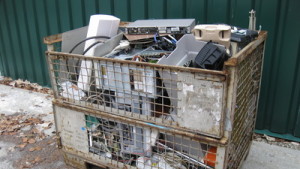 In his final meeting as the Committee’s Chairman, Dr Thomas Papageorgiou of Greece-based Anamet SA argued that excessive restrictions on many of the commodities contained within e-scrap would “hinder circularity instead of promoting it”. Robin Wiener, President of the US Institute of Scrap Recycling Industries said legislative “over-reach” was “affecting legitimate trade in materials” in the bid to find rapid solutions to high-profile problems such as ocean plastics. This view was echoed by Josephita Harry of Pan American Zinc LLC who spoke of “a big lack of awareness among policy-makers” that was “making life difficult for recyclers”.

Their comments were made in the context of two earlier presentations. The webinar concentrated initially on a proposal at Basel Convention level which sought to impose notification procedures on non-hazardous e-wastes for the purposes of transboundary shipment. Put forward by Switzerland and Ghana, the proposal was likely to be discussed further in 2021 and, if adopted, would come into force perhaps 18 months later, ventured BIR Trade & Environment Director Ross Bartley. The timescale could be altered, he acknowledged, if the COVID pandemic continued to preclude face-to-face meetings of the politicians from the various countries.

A subsequent presentation from BIR International Environment Council Chairman Olivier François of Galloo included a video highlighting the sophistication of the industrial-scale processes required to recover high-quality, consumer-ready plastics from waste electrical and electronic equipment (WEEE) and other sources. His company had succeeded in employing heavy media separation to sort plastics containing hazardous brominated flame retardants (BFRs) from all other plastic streams, he explained. However, this process was viable only because the high costs of disposing of the separated BFR-containing fraction were being met by French extended producer responsibility schemes.

The webinar also provided Dr Papageorgiou with an opportunity to look back on some of the key interactions and achievements of the BIR E-Scrap Committee during his time as Chairman, including: fostering closer contacts with producers; examining potential new business opportunities such as data destruction; and building the sector’s statistical database, notably through the launch in 2018 of its in-depth study of national arisings and transboundary movements of e-scrap. In future, he believed, a continuation of these data collation activities would be “one of the most important tasks of this Committee”.

Also looking ahead, Mr François said his “vision” for recycling included “an obligation for incorporation of recycled plastics into new goods”. The China Sustainable Plastics Association’s Executive President Dr Steve Wong of Fukutomi Co. Ltd agreed that, from a legislative perspective, more needed to be done to increase the recycled content of new products so as to promote optimal use of resources.