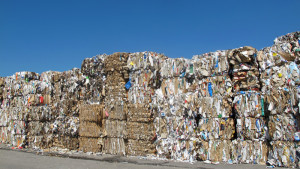 China is engaged in a policy shift which seems likely to bring an end to its supreme dominance as an import market for recovered paper – even though domestic mills have an ongoing requirement for the fibre and are hoping imports will still be possible after the end of this year, it was explained to delegates in Singapore. The result of the Chinese government’s actions has been to create tumultuous market conditions for exporters in that they have been forced to explore and develop alternative outlets for a large proportion of their recycled products.

“China has been closing its doors since 2017,” confirmed divisional Honorary President Dominique Maguin of La Compagnie des Matières Premières in France. But despite the “big turmoil” this has caused for suppliers, other existing buyers – including India, Malaysia, Indonesia and the Philippines – have already increased their import volumes significantly. “Now we have new possibilities to sell,” he said.

Looking ahead, Mr Maguin suggested overall demand for paper will expand as a result of global population growth. “And the best way to produce that paper is from recycled fibre – it’s less expensive and less polluting,” he insisted. “So the question is simply where do we need to deliver the fibre to reach that demand.”

Equally bullish in Singapore was Ranjit Singh Baxi of UK-based J&H Sales International. “At the moment, we’re in a blip,” conceded BIR’s outgoing World President, “but in the long term I’m super-optimistic that demand for our product will continue to grow.” While the Chinese government is taking measures that will adversely affect the country’s imports of recycled fibre, it cannot control the inexorable growth in paper consumption worldwide and the widespread development of new production capacities. “So like water, fibre will always find places to flow,” he underlined.

The BIR Paper Division’s current President – Jean-Luc Petithuguenin of Paprec Recyclage in France – agreed that the recycling of paper “is a good solution for a greener planet” and that overall demand for paper is set to grow, particularly in the packaging segment. “For our industry, I’m very optimistic,” he insisted.

All three industry luminaries were commenting during a panel discussion in Singapore moderated by Brian Taylor, Senior Editor within the Recycling Today Media Group.

The panellists also congratulated the paper recycling industry on its ability to adapt to changing circumstances. The 0.5% limit on non-paper components set by the Chinese government “had looked impossible two years ago, but it is the norm today”, pointed out Mr Baxi.

Other issues debated in Singapore included Brexit, with BIR Paper Division Vice President Keith Trower of Viridor Resource Management arguing that the outcome will not have a major effect on flows. “The big issue is quality,” he said. “If the quality is right, then the material will travel. We have to ignore the politics and do our job.”