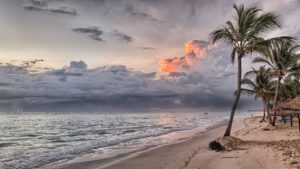 But with population growth and urbanization, these governments are now struggling with an urgent and large-scale solid waste problem that poses a risk to the health, safety and natural beauty of the island—which, without action, will only become more complex, damaging and costly in years to come.

A mounting issue in the Caribbean

A landfill, or garbage dump, is among the oldest and most common forms of waste disposal. In many islands across the Caribbean, landfills are simply overfilled. St. Maarten is an example of a landfill that is past capacity: it’s not a hole, but a mountain. Due to overflow from the 2017 hurricane debris, the problem has gotten so bad that residents near the landfill have had to move due to frequent fires. The country received a $25 million grant to help improve debris management, but the problem is yet to be solved as the government continues its search for a lasting solution, losing valuable tourism dollars in the meantime. Both Puerto Rico and the U.S. Virgin Islands currently exceed US Environmental Protection Agency’s landfill capacity limits.

Another waste management category is waste-to-energy incineration. These facilities reroute non-hazardous waste from landfills and turn it into energy for homes and businesses, as well as for steam for industrial purposes. Waste-to-energy also reduces methane gas emissions by diverting trash from landfills.

Transfer stations are another important part of the solid waste management process. These facilities process and sort materials in which the waste may be recycled, disposed and transferred to either a landfill or an incinerator, or at a hazardous waste site.

Each of these solid waste disposal tactics has its applicability for different kinds of waste, environments and needs, but not every island has each of these options. In finding a solid waste solution, the cost must make sense for the government as well as local populations. In other words, most governments have elected to spend money creating energy that is worth less than the energy created. This is not the most advantageous strategy.

The problem with landfills

Landfills are scarce on islands because land is scarce. Most land is owned by the government or has been passed down by families. On a small island, there isn’t a lot of land available, and there are higher and better uses for property than to make it a landfill. Which would be more profitable, a landfill or a 500-room luxury resort? The answer is almost any kind of development would be more profitable—and more beautiful.

Landfills are not always easy to implement. The landfill must not be overfilled and to protect the environment should be properly lined with polyurethane, so toxins from the trash do not seep into the ground water. Landfills pose a significant fire hazard as well due to the combustive effects of compacted garbage, and when ignited, the smoke emitted can be as bad or worse than that of an oil refinery.

The long-term plan for a landfill is to ultimately create a beneficial asset from it, such as a recreational park or commercial development. Without a future plan in place, the Caribbean landfills are running out of space, and the trash problem is only getting messier.

Today’s most common types of solid waste are some of the most hazardous to the environment—including construction and demolition (C&D), appliance and electronic, as well as automotive and medical waste.

As islands become more developed and experience the effects of a major hurricane, construction and demolition waste is a common result. There might be a concrete building that needs to be torn down or a new hotel being built, both of which generate a massive amount of waste. Proper construction waste management is a major element to consider for an island whose hotel construction and real estate development industry is on the rise.

Appliance waste, such as a refrigerator or freezer, has freon and cannot be put into the ground. Automotive waste, such as automobiles, parts and tires, are often improperly disposed of. Biomedical waste disposal is another serious risk as blood and other biohazardous waste can damage landfills and the environment, and even spread disease and bacteria. This kind of waste most often must be exported off the island because of its potential damaging effects.

Lastly, with climate change and natural disasters impacting the Caribbean every few years, thousands of cubic yards of waste, timber and miscellaneous garbage are often an unfortunate result. This kind of remediation requires swift cleanup and proper disposal. For any country or island who have experienced hurricane damage, having a solid waste plan in place can make a positive difference.

Finding a solution that works

According to Forbes, 10 of the world’s 30 largest per-capita plastic polluters are Caribbean islands, the worst culprit being Trinidad and Tobago. Recently, seven Caribbean countries banned single-use plastic as the ocean plastic problem has become more serious. St. Eustatius recently announced their ban of single-use plastics to improve island-wide sustainability and reduction of trash. While these measures are a good start, governments must take control of the problem.

With the weight of their country’s well-being on their shoulders, government groups are often unprepared for today’s increasing solid waste problems. The waste stream on every island is different, but there are near-term as well as long-term measures each island may take in order to optimize their solid waste solution.

Near term-solutions such as regular trash pickup, and mandating the separation of trash like in New York City, where garbage is disposed of separately from glass, metal, paper and plastic, can make a big, immediate difference. A can and bottle recycling program should be implemented as well. Even a small amount of money motivates most people to recycle their beverage containers, and reduces can and bottle environmental waste. While charging for trash collection remains an issue for most governments, Islands may be able to charge for waste pickup and disposal, particularly amongst the tourism sector as a small add-on fee.

Long-term solid waste management solutions may take time, but the investment can pay off tenfold. Getting creative is key.

Getting creative with solid waste

After Hurricane Maria, Puerto Rico had non-EPA compliant solid-waste and their landfills were already over capacity. The only option was to look outside the confines of the country for a place to put their debris.

We proposed to the U.S. Federal Emergency Management Agency (FEMA) and the Government of Guyana to deliver the wood debris into remnant sand mines, which the government once used to make drinking glasses, now sitting dormant, and C&D into remnant bauxite mines. Finding the right destination for solid waste, while adding value to its location while being mindful of environmental laws, can create win-win situations for both parties.

An experienced financial advisor with experience in this sector can help find the right destination for solid waste, assist in executing the project properly and legally, and ensure a result that is beneficial to the community and the bottom line.

How to make an island more sustainable

Governments should be thinking about the impact that solid waste having on their budgets, their islands and beatification initiatives. They should be thinking about the commercial viability of waste, such as implementing a trash pickup if they don’t have one already; a recycling program; a redemption program for deposits on cans and bottles; and commit to fixing the solid waste problem on their islands. This is particularly true in islands whose economies and tourism sectors are growing.

There is clearly work to be done across the Caribbean’s solid waste infrastructure, but the “throwaway” culture, not just in the Caribbean but around the world, needs to change as well. Sustainable initiatives and education are critical for locals and tourists alike. People must be educated on the importance of sustainability in order to bring the Caribbean and U.S. Municipal back to its green, environmentally-aware roots.

By making recommendations on solid waste disposal, including critical issues related to hazardous waste management, an experienced Caribbean infrastructure financial advisor can advise governments on how to deal with their solid waste problems, provide creative solutions, and turn their garbage into profit.