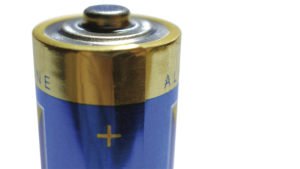 “Today’s proposal for modernized EU rules for batteries represents the next milestone in delivering on the Strategic Action Plan on Batteries. It puts European policymakers in the unique position to now translate the EU’s vision for sustainable, innovative and competitive batteries “made in Europe” into a meaningful legislative framework that will close the gaps in existing legislation and can level the playing field with international actors”, said Claude Chanson, RECHARGE General Manager on the long-awaited Commission proposal for a Batteries Regulation.

For years, RECHARGE has advocated a batteries framework capable of supporting the increasing role of batteries in a decarbonized economy and has called for adding requirements on the carbon footprint and social responsibility to the existing battery rules. Batteries were one of the first products to have been regulated on a lifecycle basis, from chemicals management and product safety to transport and recycling. “Due diligence and carbon intensity were clearly missing in this comprehensive framework so far, undermining the efforts of European actors”, explained Patrick de Metz, RECHARGE President. “A carbon footprint and due diligence measure have the potential to not only prevent underperforming batteries from entering the EU market but to work on product-level on the EU’s climate-neutrality and sustainability objectives”.

Representing the battery industry of the future, RECHARGE cautions against the multitude of proposed measures, however. “In today’s proposal we see a high level of complexity and fear that this will translate into overregulating fast-paced, innovative industries such as batteries or electric mobility. Closing the gap with international competition will depend on long-term investments and a coherent regulatory framework”.
Since the creation of the European Battery Alliance in 2017, about a dozen Europe-based gigafactories have been announced. Overall investment in the European battery ecosystem reached EUR 60 billion last year and some 800,000 new jobs are expected to be created by 2023 alone. “We need the European framework to support this new industrial dynamic and provide for a comprehensive, timely and lean legislation”, stressed RECHARGE member and gigafactory start-up Automotive Cells Company (ACC – a joint venture between Total and Groupe PSA).

The Association welcomed the transformation of the current Batteries Directive into a Europe-wide regulation as a first step to create more clarity and predictability. RECHARGE emphasized the necessity to maintain such level of predictability in the further course of the legislative process.