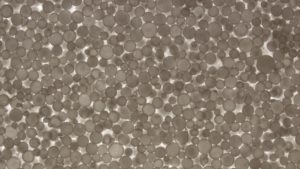 “Discarded single-use items like polystyrene foam cups and yogurt cups can now go right back to the same applications over and over at the same purity and performance with no need to landfill,” said Greg Fordyce, President Americas for Ineos Styrolution. “We are excited to join forces with Amsty on this ambitious project, which we expect will elevate polystyrene as a sustainable material of choice. In particular, this facility will dramatically increase recycling rates in the greater Chicago area.”

In 2018, Amsty and Agilyx formed their Regenyx joint venture to advance the development of a similar facility in Tigard, Oregon, using Agilyx’s breakthrough pyrolysis technology. The Channahon facility will be engineered on a larger-scale in cooperation with Agilyx to represent the next generation of advanced recycling technology.

“Polystyrene products can offer sustainability advantages where less material is required (e.g., a polystyrene foam cup is 95% air),” said Tim Barnette, Vice President – Polymers and Sustainability at Amsty. “Polystyrene is particularly advantageous for advanced recycling because it can be “unzipped” back to its original liquid form, styrene monomer. Other plastics can also be converted into useful intermediates, but polystyrene offers a truly circular solution. Polystyrene remains the best option for a range of applications such as food and beverage containers. We view polystyrene waste products as valuable feedstock for circular recycling. Keeping plastics out of the landfills not only makes sense from an environmental standpoint, but it makes economic sense as well.”

“Advanced recycling technologies are key to creating a circular economy for plastics,” said Tim Stedman, CEO of Agilyx. “Agilyx’s technology for converting waste polystyrene is proven at scale, having been operational for several years now in Oregon. This new facility in Illinois will be the largest of its type in the world, and will meet the growing demand from brand owners who want more recycled plastic, allowing them not only the possibility of recycling food grade material back to the same products but also for the upcycling of lower quality non-food grade products to meet food grade usage requirements.”

Agilyx will also source and supply plastic waste feedstock for the facility through its recently formed Cyclyx subsidiary. “In addition to the technology, we have developed a feedstock management system, which is just as important as the technology in developing the supply chain for this new market,” said Joe Vaillancourt, Cyclyx’s President. “The overarching goal of Cyclyx is to dramatically increase the recyclability of post-use plastics with a priority for fully circular pathways, as well as assisting in the development of new supply chains that will aggregate and preprocess larger volumes of post-use plastics than current systems.”

Engineering design for the Channahon facility is under way, with construction and commissioning as the expected next phases.