Making the Green Deal even greener 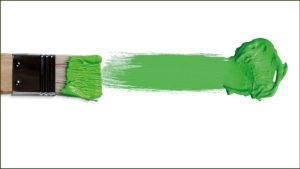 As the authors point out, environmental deterioration is still increasing and most of the UN’s Sustainable Development Goals are in danger of not being met. The EU is also lagging behind in the implementation of many of the SDGs needed to reach the 2030 targets. The Green Deal is a reaction to this development. The SDGs are the main compass for the Green Deal, but for the mid-term perspective up to 2030 and the long-term sustainability perspective up to 2050, further action is needed. In addition, the corona pandemic has added another dimension to the challenge of achieving sustainability.

According to the report, the declared ambition of the Green Deal is a significant shift away from a mainly economically driven agenda to a broader set of priorities and an emphasis on social and environmental goals. “The ambition expressed in the EGD is high, compared to similar targets and ambitions in the last decade,” the authors say. And the report clearly states that transformative policies are needed in order to achieve it. However, the report assumes that these ambitions alone will be insufficient to bring about the necessary transformation.

For the analysis in this report, the authors have chosen six entry points from the Global Sustainability Report: human well-being and capabilities, sustainable and just economies, food system and nutrition patterns, energy decarbonisation and universal access, urban and peri-urban development, and global environmental commons. They have also added digitalization, as it is considered a key transformation challenge. The authors point out that the EGD does not encompass all the thematic areas of environmental policy that need to undergo substantive change in order to achieve a sustainable Europe.

Besides protecting livelihoods from the negative effects of the current economic pathway, environmental policy in the EU increasingly considers risks to well-being, health and societal justice. However, health issues are not an explicit focus in the EGD. The ambition to achieve zero pollution for a toxic-free environment is of high relevance for many SDGs. Most of the necessary measures can and should be regulated at European level. To address all relevant sources of pollution, the member states need to amend EU regulations by means of both national and local measures.

The zero pollution action plan for land, air, water and soil as proposed in the EGD needs to address all forms of pollution, including excess nutrient chemicals, marine litter and noise. However, especially the latter is not mentioned explicitly. The report suggests that some additional aspects should be included in the action plan, in particular tackling the anthropogenic eutrophication of the environment, (marine) litter in the environment, the chemicals strategy for sustainability, and the development of an ambitious “European Union strategic approach to pharmaceuticals in the environment”. The existing legislation and strategies need to be further developed in line with these fields of action. When it comes to improving air quality, the main driver will be the proposed closer alignment of air quality standards with WHO recommendations. The report points out that many separate strategies and regulations already exist, but that poor implementation in the member states remains the main obstacle to achieving these goals. The authors recommend setting ambitious European minimum requirements.

Sustainable consumption, including food consumption, is key to promoting the SDGs and transitioning towards a circular, resource-efficient, carbon-neutral economy. The report states that green priorities also need to be introduced in taxation policies. Taxation and other measures should be used to internalize external costs. This principle already exists as an idea in the EGD. “Should this policy instrument be implemented systematically, distributional effects have to be considered and negative social effects need to be corrected,” the report points out. The EU needs to implement indicators for monitoring sustainable consumption in its Sustainable Development Strategy. Targets with respect to healthy and climate-friendly food consumption need to be set. A reduction in both the production and the consumption of animal-based foodstuffs should be a relevant area of action within the EGD and the farm-to-fork strategy. The EU also needs to address the global impact of European policies, production and consumption on the implementation of the SDGs outside of Europe. This includes improving the knowledge transfer regarding strategic environmental policies and the use of new regulations for supply chains in order to merge and align other regulations.

The EGD makes clear that a sustainable economy needs to be reshaped in line with a circular economy approach. The circular economy is one of the core elements of the EGD. It needs immediate strengthening in order to actively and effectively remove pollutants. Otherwise, circularity will lead to a permanent increase in the concentration of harmful substances. However, simply increasing circularity is not sufficient, since recycling processes require large amounts of energy and resources and are often restricted, both technically and economically. For the time being, the continuous growth and diversification of anthropogenic material stocks is still limiting the potential for secondary material to replace primary sources. According to the report, the following aspects fall short in the action plan:

The absolute decoupling of resource consumption from economic growth and negative environmental impacts is another core element of the transition. However, the EGD covers the topic without formulating ambitious and necessary targets. The EU needs to develop a sufficiency perspective for society and further enhance integrated policy approaches.

“Reaping the full potential of the chemicals sector in a strategy for sustainability will require more than the safety-focused chemicals management as depicted in the EGD so far.” The sustainable use of chemicals can only be achieved by a holistic integration in all relevant sectors. All overlaps with other policies need to be consistently considered. Design, production and the use of chemicals need to be systematically oriented towards sustainability. The implementation of multilateral environmental agreements in countries outside the EU also needs to be pushed forward.

The report points out that agriculture in particular is in need of deep transformation. The farm-to-fork strategy includes a set of precise environmental targets for 2030, but there is no reasonable justification for not including a quantified target for GHG reduction within the food system. The report further states that the common agricultural policy national strategic plan reviews need to be aligned with EGD targets and that ambitious minimum standards should be set.

Additional action is needed to achieve the goals stated in the EGD in the area of food systems and consumption patterns. “This is a transformation process, which includes a step-by-step reduction of livestock and a shift in consumption patterns that needs political commitment and clarity. The report states that a supportive environment is required for niches that create new sustainable products as well as taking ambitious steps in phasing out non-sustainable entities. The report states that the farm-to-fork strategy as one of the main strategies of EGD has high aims, but is very vague in most aspects. It also lacks concrete measures, especially regarding the common agricultural policy.

With regard to water, the EGD does not sufficiently emphasise the ecological boundaries of human activity, particularly in the Water Frame Directive, the Marine Strategy Framework Directive and the Directives on Nature Protection. Effects of other EGD measures on water quality should also be considered. The report calls for improvements in wastewater management and addresses the need to complement the EGD with a European Blue Deal.

With the EGD, the EU has clearly committed itself to ambitious climate protection targets by adopting mitigation measures. The report welcomes the draft on European Climate Law, but sees room for further improvement and subsequent action. The EU needs to provide a clear definition of climate neutrality and the legal preconditions required to achieve it. It also needs to emphasise European leadership in climate protection on a global basis. The interlinkages between climate and other policies need to be strengthened. The report also suggests carbon limit adjustment measures and the promotion of climate-neutral products. It also stresses the need for a clear roadmap to decarbonise industries.

Regarding urban and peri-urban development, the EGD places a focus on the important sectors of mobility and construction. In terms of mobility, the EGD expects a positive development from a sustainable transport perspective. Such a system should be based on four fields of action: the avoidance of unnecessary traffic, shifting traffic as far as possible to more environmentally friendly modes of transportation, increasing energy efficiency in transportation and the use of post-fossil, carbon-neutral fuels and electricity from renewable sources. Further development is needed here, including technological developments to address traffic avoidance. The report states that the inclusion of car traffic in the emissions trading system is not a silver bullet.

With regard to buildings, the EGD aims to at least double current annual renovation rates for existing building stock. The report considers this point as absolutely necessary, but the right incentives are missing. The EU should aim for healthy buildings with a new directive for indoor air and needs to address the quality of building products.

The report further states that the growing role of digitalization for sustainable development needs urgent consideration. A digital agenda needs to be aligned with the EGD. Digitalization and sustainability should be linked across EGD-related strategies. The EU also needs to create spaces to reflect the environmental impacts and socio-cultural dimensions of digitalization.

The report points out that although the focus is on concrete action at sectoral level, successful implementation also requires the use of levers that address the governance of the EU itself, the financing of the transformation, social inclusion and the role of research and innovation. There are considerable obstacles to ambitious implementation in these areas. The gaps in implementing environmental policies in the member states are well known. Financing gaps in terms of policies are also well documented. “Fundamental changes as formulated in the EGD can only be taken forward with the courage to use these levers,” the report says.

First of all, governments and society have to be made responsive to the need for transformation. Therefore, an overarching strategy portfolio needs to be developed, which includes revising the Environment Action Programme and the European Sustainability Strategy. The Environment Action Programme needs to be renewed in order to monitor the implementation of the EGD. The EGD should also be complemented with a systemic implementation strategy for the SDGs in Europe. The European Commission aims at using the European Semester as one tool for assessing the progress of the member states in achieving the SDGs, but it needs some improvement.

“While sustainable activities lack funding – an additional amount in the region of 260 billion euros is needed annually to implement the EU climate and energy goals in the coming years – money still flows in non-sustainable directions in all fields of investment,” the report points out. Public investment is essential when returns on investment are highly uncertain or accrue to society in general. However, private financing needs to be built in and the financial sector needs to systematically engage in sustainable investment and integrate sustainability into everyday decision-making. The Sustainable Finance Action Plan is a first step on the road to transforming the financial system, but the report states that engaging the financial sector in sustainable investment will require additional measures.

Overall, the UBA welcomes the EGD with its ambition and actions. However, it points out that familiar conflicts between protecting the environment and other sectoral targets persist. Those conflicts need to be addressed and resolved. The UBA demands stronger implementation of existing policies as well as long-term thinking and commitments, not only on climate goals, but also to make use of the changes the SARS-CoV-2 crisis has triggered.