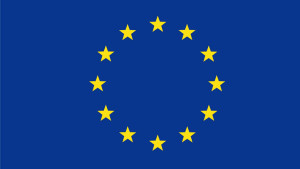 Providing an opinion on the Circular Economy Action Plan (CEAP) released by the Commission in March 2020, it complements the comments made by Member States on the same text in December 2020. Mathieu Rama, Senior Policy Officer at RREUSE, insisted:

“The RREUSE network is pleased to see that the gaps left by the already promising CEAP have been filled by both the MEPs and the Member States. This sets the Commission on a path towards the development of bold policies enabling a more social and circular EU economy”.

In parallel, Member States also showed some support to the re-use sector by stating that there is a “need to strengthen repair and re-use systems in the EU and (by calling) on the Commission to consider intensifying the EU-wide discussion on repair and re-use systems for certain products”. Regarding the more social dimension, Mathieu Rama commented:

“While the Commission had already mentioned the crucial role played by social enterprises in the circular economy, it is extremely uplifting and promising to see both MEPs and Member States reaffirming the importance of social value”.

Indeed, MEPs explicitly praised the capacity of repair and maintenance services to “generate job opportunities” and encouraged the Commission to promote and support the “community repair initiatives, co-operatives and social enterprises” of the sector. Speaking of the impact that COVID-19 had on the textile industry, Member States highlighted the “need to work with stakeholders, including consumers and social repair networks”.

Currently, RREUSE is engaging with the European Commission and stakeholders on many elements of the action plan in a bid to scale up the creation of green and inclusive jobs while making the use of natural resources more sustainable.