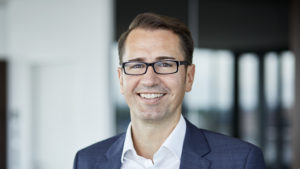 Mr. Zeljko has been working for Cronimet since 1998. In 2004 he was appointed Plant Manager of Cronimet Ferroleg GmbH, located at the headquarters in Karlsruhe. At the beginning of 2015 he also took over the management of this company.

In 2010, Mr. Zeljko was seconded to the Italian subsidiary Nichel Leghe SpA for three years as Plant Manager and Managing Director.

After his return from Italy, Mr. Zeljko was one of the founding members of the Board Europe at the end of 2013 and has since been responsible for the “Operations & Technology” divisions in Europe.

In addition to his new position, Mr. Zeljko will continue to hold the position of Managing Director of Cronimet Ferroleg. GmbH. With more than 20 years of company and industry knowledge, he will also support the other European Cronimet locations as CEO Europe in the near future.