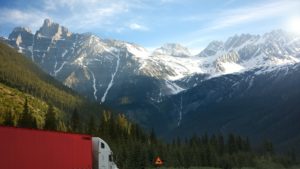 The OECD rules apply to all trade in waste destined for recovery operations between the Organisation’s 37 member countries.

While each OECD country can decide what controls to apply to shipments of non-hazardous plastic waste, they have committed to inform the OECD Secretariat of their decisions, and the list of controls applied will be made publicly available to ensure transparency. Non-hazardous plastic waste includes both pure single-polymer waste, where recycling leaves little residue, and mixed plastic waste where recycling leaves by-products that need to be properly disposed of.

OECD members held a series of meetings between July 2019 and July 2020 to discuss whether and how to update rules on plastic waste shipped between member countries in light of amendments concerning plastic waste made in May 2019 to the Basel Convention on the Control of Transboundary Movements of Hazardous Wastes and Their Disposal, which governs waste shipments internationally.

The 187-member Basel Convention, in force since 1992, sets controls on the shipment of waste aimed at protecting human health and the environment. The changes agreed in 2019 will take effect in January 2021 and may result in a further decrease in the global trade of plastic waste.

The OECD rules enable member countries to trade waste for recycling in an environmentally‑sound and economically efficient way. Allowing waste to be treated in countries with a cost advantage in sorting or recycling can help to boost global recycling rates and strengthen secondary plastics markets. The OECD rules also provide a framework for waste trade from or to any OECD member that is not a Party to the Basel Convention, such as the United States.

Roughly 2% of the approximately 360 million tonnes of plastic waste produced globally each year is exported for treatment according to UN trade data. Total volumes of traded plastic waste plunged after China introduced import restrictions at the start of 2018, but shipments surged to alternative destinations that are not always well-equipped to manage the by-products of plastics recycling. The search for new recycling markets led to higher flows of plastic waste to Thailand, Malaysia, Vietnam, India and Turkey, an OECD member country. Other major OECD importers of plastic waste for recycling include the United States, Korea, Canada and EU countries.