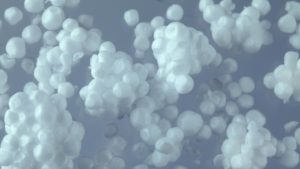 ResolVe was granted a funding from the German Federal Ministry of Education and Research (BMBF) to explore the recycling of polystyrene. The project proves the feasibility of post-consumer waste becoming a valuable feedstock, thus creating a circular economy for polystyrene. The project also included a commercial and an ecological evaluation of the recycling process.

The final report on the ResolVe research is now completed by the team, coordinated by Franziska Nosić, Ineos Styrolution. The report concludes that depolymerisation – an enhanced process breaking polystyrene up into its building blocks – is a very appropriate recycling solution for polystyrene in combination with distillation of the output for further polymerisation. The process promises to produce recycled polystyrene meeting food contact standards.

The research has shown that up to 75 percent of the output can be fed into the purification step and subsequently back into the production of new polystyrene. Key of the project was the investigation of waste composition and the effect on styrene yield. This was done in a perfect collaboration between the IKV (Institut für Kunststoffverarbeitung), the Institute for Processing and Recycling (Institut für Aufbereitung und Recycling, I.A.R.) and Neue Materialien Bayreuth GmbH (NMB). The most relevant process parameters temperature, mass flow rate, residence time and vacuum pressure, were systematically permutated and the best process conditions were identified. IKV Aachen transferred these basic process/properties relations to a larger scale and successfully de-polymerised polystyrene to styrene oil. As part of the research, the feasibility of additional processes including steamcracking of process residues were assessed, together with Ineos O&P as project partner.

Dependencies on contamination of post-consumer waste with other polymers have been disclosed earlier. The research has shown, however, that a stable depolymerisation process is possible with a broad variety of feedstock material. Lightweight packaging and expanded polystyrene (EPS) waste have proven to be most suitable feedstock for the depolymerisation process. While the process tolerates polyolefin contamination, a “legacy” flame retardant HBCD (hexabromocyclododecane) could be removed to a large extent, however bromine containing traces remain.

More information on the project