Power from waste is transformed to hydrogen for clean mobility 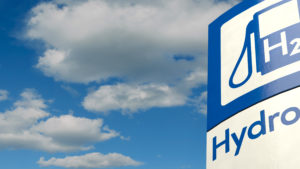 120 years after the Wuppertal’s Schwebebahn opened, the city is putting itself on the map again for its innovative approach on this occasion combining waste handling with zero-emissions mobility.

Green hydrogen produced from the incineration of municipal waste will be used as an energy vector to power a fleet of fuel cell electric buses (FVEBs). “This sector coupling concept, using hydrogen to link rubbish disposal to emissions-free public transport is one of many projects underway in the Hydrogen Competence Region taking place in Wuppertal, Düsseldorf and other towns in Nordrhein Westfahlen”, says Willy Görtz who leads the projects department at AWG Abfallwirtschaftsgesellschaft mbH in Wuppertal (the city’s waste collection and disposal organisation).

“The Energy and Waste sectors of the Wuppertal municipal services have worked together effectively for years. For example, we were awarded the first place in the Stadtwerke Award 2019. In this latest sector coupling initiative, we extended our collaboration to the public transportation team within the city” says Görtz. “We need to decarbonise fully by 2050 and that’s really not so far off. We must get started right now with ambitious projects that can be replicated and scaled. Recycling, and changes in industry and power generation can have a big impact, but mobility and transportation must also make progress to reduce fossil-fuel consumption. Our project is taking a tangible step in this direction and we hope that it will be a beacon to light the way for others to follow”.

The electrical power for the electrolysis which produces the hydrogen will be generated from the combustion of municipal solid waste. The Wuppertal waste incinerator burns over 1000 tonnes per day of municipal solid waste collected from local businesses and approximately 1.5 million people in the region. A fraction of the power generated by the incinerator will be used to charge the electrolyser.

Households in Wuppertal use four bins for their waste: one for paper and cardboard, another for green waste from the garden or food scraps from the kitchen a third for packaging such as plastic bags and a fourth bin for ‘everything else’ or ‘Restmüll’. The paper, packaging and green waste all go their separate ways for appropriate processing. Only the Restmüll – the most difficult rubbish to dispose of in other ways – is used as feedstock to the waste-incinerator.

Despite the removal of the green and paper material by the households, the Restmüll from residents still has a biomass content of more than 50%. Using this feedstock and carbon dioxide emissions trading, the electricity generated on the Wuppertal waste incinerator can therefore be classified as ‘Green’. This enables the hydrogen produced on the electrolyser to carry the same environmentally friendly credentials.

The Wuppertal waste incinerator was purpose-built for power generation from the combustion of municipal solid waste. It entered service in 1976 and is fitted with two 20MW and one 8 MW power generation turbines.

Coming back to Willy Götz, he confirms the good news that “the Wuppertal scheme is already planned to be replicated in the town of Herten, 50 km north of where we are in Wuppertal”. Every year, around 650 000 tonnes of domestic, trade and industrial waste are burned in the RZR Herten waste incineration power station. This represents a significant contribution to a positive carbon dioxide balance because the operation of the waste power plant saves immense amounts of fossil fuels and therefore reduces the overall environmental impact of power generation in the region.

Put into operation in 1982, the Herten power station consists of six incineration lines, which ensures optimal thermal treatment of the municipal solid waste. To ensure that emissions are kept well under control, the flue gas scrubber incorporates a sophisticated filter that makes sure that the power plant’s emissions are normally only less than ten percent of the legal limit.

As these regional schemes develop, hydrogen mobility applications could extend to the local taxi fleets as they convert to fuel cell electric vehicles (FCEVs). Düsseldorf airport could also become a low emissions mobility zone with the conversion of 2000 aviation logistics and materials handling vehicles, such as baggage cart tractors and aeroplane pushback tugs. These currently operate on diesel fuel, but the conversion of their power trains to hydrogen-powered fuel cells would be possible.

One thousand buses operate in the region and many of them will switch from diesel power to emissions-free hydrogen as a fuel. The first A330 FC fuel cell and hydrogen-powered buses arrived in Wuppertal in 2019 from the Belgian manufacturer Van Hool and more arrived in 2020. Each 12m long double-axle bus can carry 75 passengers and is equipped with an 85 kW Ballard Power Systems fuel cell to convert the hydrogen to motive force. For every ten FCEBs on the road, around 700 tonnes per year of carbon dioxide emissions from diesel fuel combustion can be eliminated.

In the overall project budget of approximately €12 million, just over half will be allocated to the purchase of the new buses and the remainder has been allocated to the implementation of the hydrogen production, storage and fuelling system. The hydrogen for the FCEBs will be produced on a 1.25 MW electrolyser which has been supplied by the Canadian company Hydrogenics, part of Cummins Inc.

It uses a polymer electrolyte membrane (PEM) technology to generate high purity hydrogen gas. The purity is important to ensure compatibility with the sensitive fuel cells on the buses. Impurities in the hydrogen can poison the fuel cell catalysts and inert gases such as nitrogen accumulate over time to degrade the fuel cell performance, leading to a loss of motive power for the vehicle. 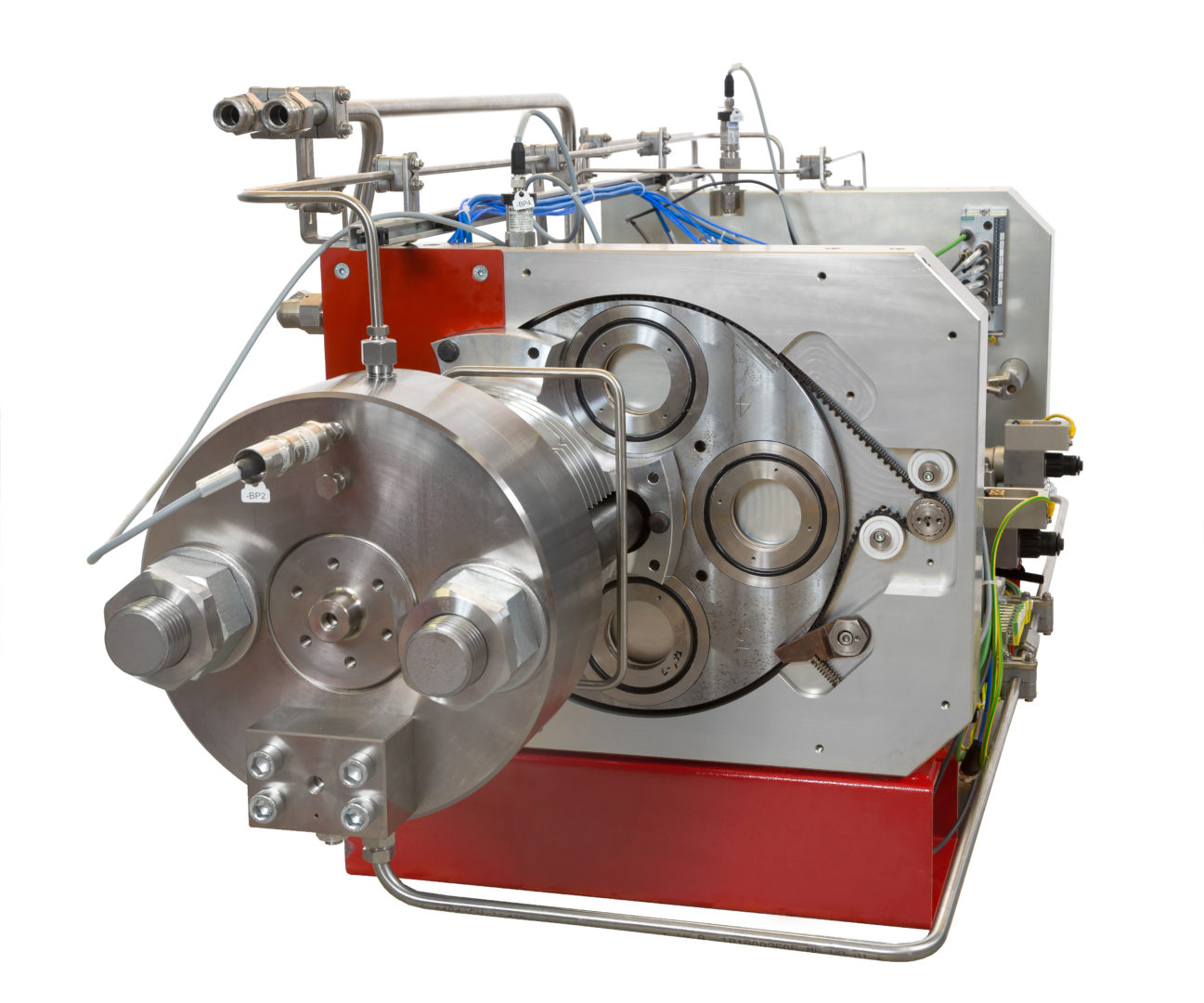 The gas compression system and fuelling dispensers for the hydrogen supply have been manufactured by Maximator GmbH at their factory in Nordhausen, approximately 300km due east of Wuppertal in the state of Thüringen. Maximator also played the leading role in the hydrogen production, storage and fuelling concept design, systems integration and project management. Görtz adds that “we chose to offer this project to Maximator because their system had the highest uptime availability and represented the best value for money”.

The Maximator fuelling stations are designed to deliver large quantities of hydrogen to vehicles in rapid succession. Mathias Kurras, Head of Division for Maximator’s Hydrogen Division declares his support for the ‘Hydrogen Kompetenz Region’ in the area of Düsseldorf and Wuppertal: “We are thrilled that the green energy potential of hydrogen will be further unlocked through this visionary sector coupling project at Wuppertal and the associated hydrogen mobility infrastructure development programme that it will enable”.

The DüsselRheinWupper region was rewarded for their hard work towards a carbon-neutral future on the 15th of October 2020, winning the state competition for hydrogen mobility and subsequently obtaining the title as the “Model Region for Hydrogen Mobility”.

The Economics and Energy Minister of North Rhine-Westaphalia. Prof. Dr. Andreas Pinkwark commented that “hydrogen is essential for reducing greenhouse gas emissions and for the success of the energy transition. Consistent use in transport and industry has made it possible to avoid a quarter of today’s emissions. In addition to battery-electric mobility, fuel cell mobility with hydrogen will also play an important role in achieving climate targets in transport in the future. With our competition, we have been looking for a region or municipality that wants to take the lead in the implementation and application of hydrogen and fuel cell technologies in North Rhine-Westphalia with innovative approaches.