Pyrolysis for waste to hydrogen and products 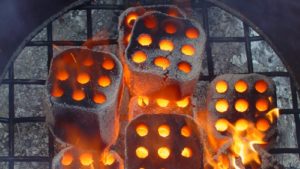 Through a better understanding of the optimum operating envelope and feedstocks for each process, their niches are becoming clear. The future will pull for a blend of solutions that fit specific situations. The feedstock and the desired products define the requirement, and the challenge is to find the best fitting solution to meet the needs.

“Guiding waste processors to the best thermolysis solution is a bit like being a detective. We must determine the facts of each case and then analyse the options to arrive at the most appropriate solution. It starts with asking the right questions and as the process proceeds, must have an open mind to the optimum outcome.” That is how Dirk Gerlach, Project Manager for Rotary Kiln Technologies at Modis describes the situation. “I tend to differentiate pyrolysis where we have thermal decomposition characteristic of ‘waste2energy’ processing and thermolysis where we create defined materials. I refer to thermolysis as a ‘waste2product’ process.”

The critical success factors for running a successful thermolysis plant include a stable feedstock composition, small and consistent size of feedstock particles and a low and consistent moisture content. Some moisture is good and can support the reaction chemistry, but there are cheaper methods of drying very wet wastes than using a rotary kiln pyrolysis reactor.

A few percent of powdered additives such as lime (calcium oxide) may also be required to ensure that sulphurous and halogenated gases are pulled into the solid-phase coke. This is preferrable to them being emitted with the pygas where they could become atmospheric air pollutants. The coke can often be used as a soil improver known as ‘terra-preta’ and is easier to apply than ash, which is derived from incineration.

In the modern circular economy, it is desirable to minimising the use of materials. Beyond that, in some countries, such as Germany, re-use of packaging – especially bottles for water, beer and beverages is also a primary strategy. Recycling and chemcycling are intermediate solutions. For wastes that do not fit any of these options pyrolysis, thermolysis and incineration come into consideration.

“Our expertise is in producing rotary kilns”, says Gerlach. “Sometimes they are used for pyrolysis, on other occasions they are operated with steam injection and the chemistry is closer to reforming. They are also ideal for treatment of hazardous wastes in highly controlled processing plants. We are actually agnostic to the chemistry that takes place inside the kiln – people come to Modis because they want robust and reliable thermolysis equipment that is engineered to work well, it’s as simple as that.”

Thermolysis is a broad term that can include pyrolysis and reforming reactions. The common link is the use of heat to transform the chemicals. Pyrolysis takes place in the absence of oxygen and without the addition of steam. Reforming requires steam, which can either come from moisture in the feedstock or may be injected to the reactor. In some cases, the reforming reaction is promoted using a catalyst. Gasification is also sometimes categorised as a form of thermolysis and requires the introduction of a controlled amount of pure oxygen. Incineration relies on combustion and takes place with an excess of oxygen, which is generally supplied as air.

The influence of temperature

Gerlach adds that “the temperature at which pyrolysis takes place influences the product mix. At around 500 °C the process favours pyrolysis oil, or pyoil, and acetic acid, in case of a biogenic feedstock. Moving up to 700 °C we begin to get more methane, or pygas, produced. If hydrogen is the target, the process should be operated at around 900 °C, or higher temperatures.”

“Using two rotary kilns in series can reduce the operating costs of hydrogen production from pyrolysis”, says Gerlach. “The first rotary kiln operates at 500 °C and produced pyoil coke and pygas. The second, smaller kiln, uses a small amount of stem injection at about 15 to 20% by mass and takes the coke from the first kiln and operates at 900 °C to create a hydrogen-rich gas.” The high temperature difference on the first larger kiln means that the overall process is more energy efficient that trying to achieve hydrogen in one single stage which would require a large kiln operating at high temperature with comparatively low energy efficiency.

The gas flowing from the second pyrolysis reactor can be purified to generate hydrogen for fuel cells or other applications. “The pressure of hydrogen coming from the pyrolysis reactor is nearly ambient and would be compressed for our CHP plant configurations up to around 7 bar”, says Gerlach. “This means that it would need to be compressed further to be purified in a PSA system. As an alternative, we use a low-pressure purification technology that is able to achieve extremely high purities that are required for sensitive applications such as automotive fuel cells.”

Hydrogen is expected to become a mainstream energy vector as decarbonisation deepens. Beyond hydrogen, pyrolysis can also be used to create other high-value products. The char from pyrolysis can be upgraded to yield activated carbon. This is used in breathing-air and drinking-water filtration systems to remove harmful pollutants and protect public health. For these applications, a surface area of around 400 to 450 m2/g of activated carbon is required.

Gerlach says that “hard woods and other hard materials such as coconut shells are ideal for making activated carbon because they produce large granule sizes with very high surface areas. Softer raw materials such as peanut shells or sugar cane bagasse make powdery activated carbon which is less suitable for some filtration applications.”
With a wide range of starting materials and diversity of solid, liquid, and gaseous end products, pyrolysis is becoming a flexible process at the crossroads of the emerging ‘waste-to-products’ sector. It is already established in the circular economy and waste processing sectors. And, since it can readily accommodate biogenic feedstocks such as plant waste, it can also form the heart of a green hydrogen manufacturing process and play an increasing role in decarbonisation.