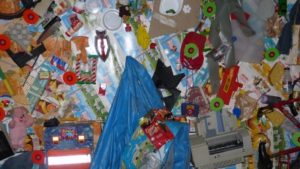 A slew of aspects, ranging from narrowed prospects of landfill and increased waste generation, to government support for establishing energy from waste (EFW) facilities to local players, continue to drive development and adoption of refuse-derived fuel worldwide.

Governments across the globe have already commenced emphasizing the waste-to-energy (WtE) potential of their country, exploiting garbage that otherwise abuse landfills, to create fuel that serve as feed in myriad applications. Refuse-derived fuel adoption will benefit from growing number of WtE facilities abreast government initiatives toward reducing plastic waste and carbon emissions. As the pressure on landfill continues to grow, the future points at development of mega capacity WtE plants worldwide, driving demand for refuse-derived fuel while creating sustainable ecosystems.

The study opines that the global interest in refuse-derived fuel will see a considerable growth, as it gains momentum as viable option for sustainable energy. Greater levels of waste ensued from rapid urbanization and industrialization, have led the focus of governments on waste management frameworks. Additionally, the push for clean energy sources and reducing dependency on landfills will continue to favor WtE establishments, thereby creating demand for refuse-derived fuel.

The impetus to fossil fuel alternatives in production of cement kiln and clinker is evident, being driven by government initiatives to use residential and industrial waste for production of bioenergy. The requirement for alternative fuel and raw materials has complemented the urging need for refuse-derived fuel as kiln feeds. Refuse-derived fuel offers significant opportunity to improve the thermal substitution rate of the cement kilns, while achieving an apt and consistent calorific value for firing cement kilns.

The study opines that opportunities are imminent in developing economies of APEJ, as governments undertake initiatives that promote waste management and derived fuel as alternatives to fossil fuels used as feeds in cement processing and power generation industries. As energy from waste becomes an imperative source of bioenergy in APEJ, governments in the region are encouraging the stakeholders to adopt best practices for refuse-derived fuel production, while promoting establishments of WtE plants.

The refuse-derived fuel landscape continues to witness the inclination of companies to strategies, including collaborations, business expansion, and joint ventures, to increase their involvement across various nodes of the value chain. The study finds that long-term investment of stakeholders in established markets will bring in measurable returns, whereas the success rate is expected to remain slow. In contrast, long-term investment of stakeholders in developing markets are expected to bring in average returns, whereas the success rate will remain high.

These insights are based on a report on Refuse-Derived Fuel Market by Fact.MR