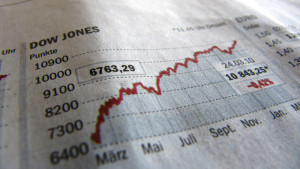 Umicore recorded higher revenues in Catalysis, substantially outperforming the declining automotive market and benefiting from market share gains in light-duty gasoline and an increasing penetration of gasoline particulate filters in Europe and China.

In Energy & Surface Technologies, as announced in April, Umicore is facing a temporary slowdown in demand for its cathode materials and has adjusted its capital spending to the current slower pace of growth. The mid- and long-term fundamentals behind Umicore’s rechargeable battery materials activity are intact, with electrification strongly supported by legislation in key regions and a technology roadmap that offers ample room for innovation and differentiation.

According to the company in Recycling, the throughput rates of the Hoboken plant improved significantly after the investments carried out during the scheduled extended maintenance shutdown in the beginning of the year. In the first half, however, volumes were lower due to the impact of the shutdown on the availability of the smelter. The metal price and supply environments were supportive over the period.

Umicore extended the maturity of its debt at historically low fixed terms through the successful completion of a € 390 million US Private Placement notes issue with maturities of 7 to 12 years.

An interim dividend of € 0.375 per share will be paid out on 27 August. In line with the dividend policy, the amount corresponds to half the annual dividend declared for the financial year 2018.

Umicore is committed to its long-term strategy in clean mobility materials and recycling and continues to invest in R&D and expand capacity to support the growth of its businesses. In Catalysis, the new production lines in Poland came online in the second quarter, while the new capacity in China is due to be commissioned by the end of 2019. In Rechargeable Battery Materials, construction of the new plant in Poland has started. The greenfield plant in China will start to come online after the summer with an adjusted timing for the addition of new lines.

Umicore also announced in May two important steps to expand its integrated and sustainable battery materials value chain: the agreement to acquire Freeport Cobalt’s cobalt refining and cathode precursor activities in Kokkola, Finland and a long-term partnership with Glencore for the supply of cobalt.

Marc Grynberg, CEO of Umicore, commented: “Both the performance of the first half and the outlook for the full year are fully in line with all elements of the guidance that we provided in April. We are proving our agility to deal with challenging market conditions while continuing to execute our strategy in clean mobility materials and recycling. Our operating performance and strong balance sheet enable us to forcefully pursue growth investments and R&D programs and to confirm our dividend policy.”