Study: Global markets and technologies for water recycling and reuse 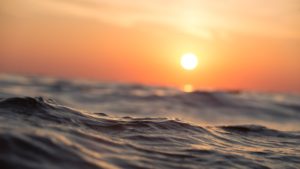 Threats associated with global water scarcity are increasingly making news as continued growth in agricultural production, expansion of urban boundaries, new industrial facilities, and increased sensitivity to environmental needs drive increased water demand. Supply side constraints for water are further exacerbated by increasingly intense and frequent drought events, such as the recent four-year (2016 to 2020) California drought that drove tens of billions of dollars of economic losses in the agricultural sector alone. Even more dramatic, a long-term drought in the Middle East that has, arguably, been ongoing since 1998. Now widely thought to be brought on by climate change, the drought was recently characterized by NASA scientists as being the worst that the region has experienced in 900 years. In response to these concerns, water supply managers in water-stressed areas around the globe are increasingly looking to creative solutions to solve increasing and increasingly expensive water supply deficits.

One key development in water supply markets is the differentiation of potable and non-potable water. Potable water must meet stringent baseline public health requirements in order to ensure that waterborne diseases and harmful levels of pollutants are not passed to human populations. In contrast, agricultural irrigation, landscape irrigation, toilet flushes, and in some cases water released into the environment does not necessarily have to meet such stringent and high treatment requirements. This differentiation has allowed water managers to implement wastewater recycling and reuse, where water is treated to minimum standards needed to meet these non-potable needs. Alternatively, treated wastewater discharged into rivers has, for decades (albeit with little notice), been mixed with natural waters then withdrawn miles downstream, treated, and used for municipal supply. In contrast, direct potable reuse, where wastewater is treated at a wastewater treatment facility and then directly injected into a water supply system, has been sensationalized and media-branded “toilet to tap” thanks to its “yuck factor.” However, recent droughts are pushing consumers past these labels, especially in water scarce and population-dense regions like California, where multiple direct potable reuse projects are currently being considered for deployment.

By 2030, it is estimated that there will be a global unfulfilled water demand, according to the European Commission, of roughly 3,000 cubic kilometers. Global wastewater production is approximately half that volume. Not all wastewater flows are recoverable, but many, perhaps most, are; this is especially true as nations around the globe develop wastewater collection and treatment infrastructures. Thus, a proliferation in wastewater recycling over the coming decades could support a significant lessening of water stress in many water-stressed areas. As consumers finally start to embrace the reality of technological solutions that can reliably clean wastewater, potable reuse will become much more widespread and, indeed, commonplace in water stressed areas.

Market growth in wastewater recycling and reuse has progressed meaningfully over the last several years, albeit slower that had been previously expected, due to slower than anticipated long-term rebound in the wake of the global economic turndown. However, many municipalities and industry decision makers are now at a point where they are ready to move projects forward. Buoyed by growth in underlying wastewater treatment markets, wastewater recycling and reuse is also finding increased favor with regulators, as local and national governments work to implement more recycling-friendly policies. Thus, global wastewater recycling and reuse markets sit in an exciting time, with strong potential for market growth and revenue generation that also addresses increasingly critical water supply and management considerations regionally and globally.