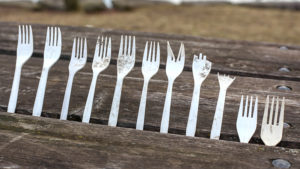 From now on, the document will represent the vademecum for the activities of both the national and the European legislators in the context of the transposition and implementation of the Directive. This delay has already resulted in the first signs of scattered and unharmonised transposition scenarios throughout the European Union: as July’s deadline for the transposition is quickly approaching, most of the countries are already at an advanced stage of the legislative process, being forced to choose their own individual transposition paths while waiting for the overdue guidelines.

“The lack of harmonisation will unavoidably result in severe disruptions of the internal market, forcing businesses to tailor their production processes on very diverse national legislative choices, disadvantaging operators in countries that opted for the path of the over-transposition in comparison to their counterparts, operating in countries with more liberal interpretations of the directive. The Guidelines could have been a very tool to provide necessary and long-awaited clarifications. An important opportunity has been lost, leaving an essential part of our European industry the uncertainty about the future of the different national legislative frameworks.” Said EuPC Managing Director Alexandre Dangis.

Moreover, the Guidelines do not provide the strongly needed clarity to create security of planning for companies across Europe. According to the text of the Directive, one of the main drivers for the identification of a single-use food container should have been its ”tendency to become litter, due to its volume or size,in particular, single-serve portions”. The Guidelines however fail to identify objective criteria that can determine when a portion of food can be considered as meant for one person and to be consumed in one meal session, creating further unclarity with the statement “the relevant volume and the size can vary in function of the nutritional value of the food items contained and consumption habits across the Union”.

In addition, the European legislator only found a questionable solution in the application, by analogy, of the 3 liters upper threshold set by the Directive, to beverage and food containers. Besides the logical impracticality of measuring foodstuff through the use of a unit that normally applies to liquids, the Guidelines show a clear lack of consistency: among the “key elements to distinguish food containers from beverage containers” it is the document itself that lists the unit in which the quantity of the food or beverage product is expressed, specifying that “in general, beverages are expressed in volume (e.g. millilitres) and food generally in weight (e.g. grams)”.

On a positive note, it is worth underlining the coherent decision of the European Commission to explicitly include items made of biodegradable and compostable plastics within the scope of the Directive, creating a level playing field for all types of polymers.

Additionally, EuPC welcomes the decision of the European Commission to include paper products bearing plastic coating and lining, in compliance with the original approach of the Directive.This decision takes into consideration the function that the polymeric components are meant to carry out in the overall functioning of the item and its likelihood of being littered after the use. Nevertheless, such choice is clearly inconsistent with the ultimate decision to exempt polymeric materials used as binders or retention agents in paper products, which seems to be a last unjustifiable attempt to support the paper industry.

The main concern of the environmental preservation should remind us all that the industry and the EU legislator should cooperate towards the ultimate achievement of this goal, while several months have been spent on an unsuccessful arm wrestle that left the operators in the sector and the Member States in the midst of vagueness.