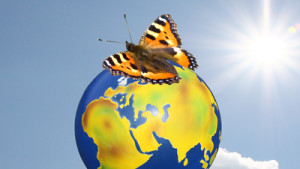 This facility is designed to ensure that as much waste as possible from the city will be recovered, and that any residual waste will be disposed of to the highest international standards of environmental safety.

Circular economy principles underpin the design of this modern facility, which, when fully operational, will have the capacity to sort, recycle and safely treat all forms of household waste, including composting organic waste, minimising the amount that goes to landfill.

The bustling city of Tangiers has a population of 1.2 million and is growing at a steady 4% a year. In 2019 the Groupement des Communes Al Boughaz awarded the international waste and recycling company Averda a 20-year contract to design, build and operate an integrated waste management facility to meet projected waste needs from Tangiers and other nearby population centres. Construction of the facility, which is located about 20 km south of Tangiers, got underway in 2019 and is due to be completed next year. In 2020, an addendum to the contract was added for Averda to operate a central transfer station, and transport waste from it to the treatment facility.

This inaugural phase of opening sees waste from the city put into the first of several engineered sanitary landfill ‘cells’, which are carefully designed and lined to avoid any toxins leaking into the soil or water table. Over the next twelve months the other elements of the waste management facility will be completed. These include the composting facility and a recycling sorting centre to recover recyclables from the city’s waste such as aluminium, glass and plastics. Compost created from the organic waste will be returned to the city and used to enrich parks and gardens. Gases emitted from the non-recyclable waste will be used to generate a projected 3,500 MWh of electricity to power the region. The new facility will also be the source of new, ‘green’ jobs for local people.

“Averda is delighted to open this new site, which demonstrates the future of waste management in Morocco,” said Averda’s Chief Growth Officer, Mazen Chebaklo. “This state-of-the-art facility reflects Averda’s sustainable approach as well as the commitment of local authorities to invest in safeguarding their environment for future generations. We hope it provides a blueprint for authorities elsewhere, in Morocco and beyond, seeking to address the challenge of sustainable waste management.”