Ten tweets that highlight the true impact of UK fly-tipping 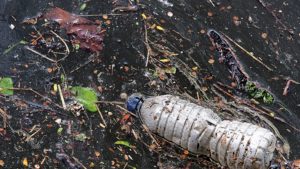 So, to find many of the UK’s natural areas scarred with evidence of fly-tipping is nothing short of a travesty for many Brits. Take a look below at the top ten fly-tipping tweets that encompass Britain’s feelings towards this careless act.

“A feature of our morning walk was the evidence of flytipping; mainly green waste. Local collection and recycling centres are closed, while many will be (more) active in their gardens. With this situation likely to persist, I wonder if local councils will allocate street skips?”

With venues such as recycling centres and tips closed to the public during lockdown, fly-tipping has been on the rise in many regions. This is a particular problem when so much time at home means many are taking the opportunity to complete some long-overdue house projects. A sudden surge of waste and the realisation that there’s nowhere to put it all appears to have tempted many to simply dump their waste instead of contacting a rubbish removal service.

“@CllrSeema @luptonn @FinsParkFriends @metpoliceuk @Clive_Carter @haringeycouncil @ZenaBrabazon Seema, the woman who’s been flytipping has taken 3 guys who are homeless & living in #SoftballField #FinsburyPark away in her vehicle. How are the outreach team precisely engaging with them? The #Flytipping will continue if the rubbish dumped isn’t cleared as matter of priority.”

Another concern isn’t simply the act of fly-tipping, but the need to clear it away quickly afterwards. Waste can be an eyesore on the land, but it can also act like a flag to encourage others to dump their rubbish in the same place thinking that it’s just adding to a pile that is marked to be removed anyway. This fly-tipping episode in Haringey proves some people are risking hefty fines instead of doing the right thing (and the easier thing!) and arranging a skip hire in North London.

“With local recycling & tips closing due to #coronavirusuk , I fear a huge increase in #flytipping which will ultimately cost councils more, which will lead to our #counciltax increasing :-(“

Naturally, with furloughs and lay-offs abound, concerns have also been voiced for the financial strain of fly-tipping. As this Twitter user rightly points out, any increase in cost for councils to clear away fly-tipping will be reflected upon us all in an increase of council tax bills…

“For clarity: #Flytipping during #Covid_19 crisis will be viewed as ‘aggravated’ rather than ‘reasonable’ or ‘excusable’ in any way. Surveillance operating 24/7 as usual along with investigation and #ZeroTolerance policy. #SCRAPflytipping https://t.co/KOeWaW61ZF”

Here, we see that there is no excuse for fly-tipping, not even in lockdown. While it may be an inconvenience to not be able to simply drive to the tip and offload your rubbish there, using the lockdown as an excuse to fly-tip just wont fly!

“Please don’t leave waste outside the gates of the Household waste recycling centres. It’s flytipping, a criminal offence for which perpetrators will be prosecuted and fined up to £50,000. See tips on how to reduce waste as we’re asked to #StayAtHome https://t.co/BGPhNJE8QF https://t.co/VzEFJTV2kw”

When it comes to fly-tipping, “close enough” isn’t good enough. Some people have taken to leaving their rubbish outside the closed recycling centres around the country. But it doesn’t matter if it’s one foot or one thousand feet away from a recycling centre — fly-tipping is fly-tipping.

“@ilovesellyoak The council came really quickly, it’s disappointing that during this time students are still flytipping as usual, the message of community has been lost on Dale Road this year, mainly the large houses of rugby lads..rude and intimidating to me too :-(“

As with any criminal act, tensions can rise. This Twitter user expressed their dismay at the collapse of community pride as a result of fly-tipping.

“Sadly, and perhaps, inevitably, some people are using the cessation of garden waste collection as an excuse to dump their rubbish on #BallardWaterMeadow. Please dont. Its #flytipping. These article explains more. #lovenature #gardening #newmilton https://t.co/USmJeuoDrr https://t.co/zJjEzJvwpU”

You might be forgiven for thinking garden waste such as plant clippings could be left in a field or meadow to rot. After all, it’s biodegradable, isn’t it? While it is indeed biodegradable, not all garden waste will rot down into healthy nutrients for the soil beneath it. Often, such garden waste will release poisons into the local area, which can disrupt the natural wildlife and plant life. For example, pine needles are acidic when they break down, meaning little will grow where they have been dumped.

Fly-tipping is a criminal offence, one that is somewhat difficult to keep tabs on. With eagle-eyed members of the public and smartphones everywhere though, people are finding it harder and harder to get away unseen.

“@lydia_massiah @MummaWesty We walk each day with our dogs in Thornton, North of Liverpool. Today we saw 6 Buzzards and a Kestrel. Road litter and flytipping is a problem here also along with discarded poo-bags.”

Again, this tweet highlights how fly-tipping can create an eyesore among an otherwise beautiful trip through nature.

“Looks like some people in #derby have used the #coronalockdownuk to do some #flytipping. Unbelievable amount of dumped rubbish where I live. It’s a perennial problem, but this is much worse than normal. @DerbyCC #CoronavirusLockdownUK”

Lockdown measures have certainly impacted fly-tipping levels across the nation. Some, such as the above Twitter user, have observed a noteworthy increase in just their local area.

Parks have become prime targets for fly-tippers, which not only creates an eyesore, but ruins one of the few freedoms people have been able to maintain during lockdown — walking in parks! This really highlights how problematic the simple act of throwing waste away carelessly can be.