Time to change from a “hazard” to a “risk” approach 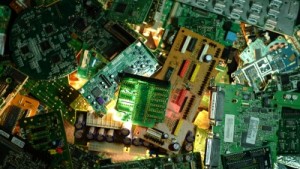 In terms of challenges, Chris Slijkhuis of Austria’s Müller-Guttenbrunn Group (MGG) highlighted material losses through illegal scavenging, collections and exports. In addition, the linking of EU waste and chemicals legislation “can make our life very difficult” when it comes to, for example, brominated flame retardants, he said.

Mr Slijkhuis also pointed to “unacceptable” delays in the notification process for moving material across borders, calling it “the big waiting” and giving the example of one of his company’s notification requests which has been ongoing for more than three years. “How can you build a circular economy on a basis like this?” he asked delegates.

Having suggested that the authorities’ current “hazard” approach could “kill recycling”, he called for a move in the direction of a “risk” approach, adding: “We know very well where the risks are.” Such a change would release more potential for recycling to reduce both the extraction of virgin resources and carbon dioxide emissions, he argued.

Among the other challenges noted by the guest speaker, he recognized that WEEE plastics recycling technology is “complex” and requires “major investment”. At the same time, he underlined the scope for innovation, such as MGG’s patented Smasher depollution equipment and MGG Polymers’ achievement of a world-first in separating PC-ABS from WEEE.

With plastics, the “key to success” is “to produce something that can go immediately into new products”, Mr Slijkhuis told delegates in Budapest. This approach demanded substantial knowledge of plastic formulations to suit specific requirements as these commanded better prices.

In other contributions to the meeting, Surendra Borad Patawari of Gemini Corporation NV in Belgium reported that India is now allowing exports of printed circuit boards after a gap of several years. He added that the country is likely to generate 5.2 million tonnes of e-waste per year by 2020 as compared to 2 million tonnes as recently as 2016.

The report from China Scrap Plastics Association’s Executive President Dr Steve Wong of Fukutomi Co. Ltd explained that several countries in South East Asia have been cracking down on illegal operators and imposing tighter controls, with some not allowing imports of post-consumer material.

On the issue of responsible recycling, BIR E-Scrap Committee Chairman Dr Thomas Papageorgiou of Greece-based Anamet SA acknowledged the importance of controls to maintain safety but also called for a balance to be struck.

Having heard Mr Slijkhuis underline the need to create confidence through openness, transparency and development of industry standards, Robin Wiener of the US Institute of Scrap Recycling Industries said the recycling industry must develop its own standards rather than leaving this to governments. “We have to come together to define what is responsible recycling,” she insisted.