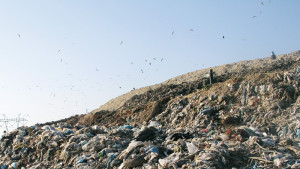 While the impact of single-use plastics is being discussed more visibly, actual change has been slow. The introduction of a 5p charge for plastic bags saw a dramatic reduction in the number of new bags issued by retailers, but still saw 500 million bags issued in six months after the scheme was rolled out – still equivalent to 4,000 tonnes of new plastic.

Similarly, many chain restaurants have announced their intention to introduce paper, rather than plastic, straws, following the Government’s announcement that they would soon ban the sale of plastic straws – but many outlets are still using plastic, 6 months away from the proposed implementation of the ban.

There are, research by BusinessWaster.co.uk and studies have shown, a number of items whose use – and subsequent disposal – create an unjustifiable amount of plastic waste. Here, the company presents what they see as the worst offenders (and some alternatives):

Plastic bags
Plastic bags take 10-20 years to break down in the environment – unlike a water-soluble alternative developed in Chile, which (despite looking identical to a traditional carrier bag) dissolves once stirred into water, removing the need for landfill-clogging plastics.

Disposable diapers
Taking 450 years to break down, disposable diapers are one of the worst offenders for single-use plastic – and, as many contain moisture-locking gels, can have other unintended ill-effects once dumped in landfill. However, reusable cloth nappies are now widely available, and have been found to be better for babies’ skin – making for happier babies and more eco-friendly parents.

Fishing line
An unusual entry, but with 1.2 million fishing licences issued for 2015-16 (the most recent year for which data is available), there are millions of miles of plastic fishing line (which takes 600 years to break down) bought and discarded each year. Banning this would not stop angling enthusiasts, however – dissolvable fishing line has been developed which eventually breaks down in water, meaning fishing fans can still hook their catch of the day without adding to landfill.

Cigarette butts
By now, everyone is aware that smoking itself is dangerous – and banning it outright would contribute dramatically to an improvement in public health. But plastic cigarette filters, which are discarded once a smoker finishes their crafty smoking break, take between 1 and 5 years to break down in landfill. However, with improved support for smoking cessation and reusable vaping technology available, there are alternatives for those who are addicted and struggling to quit.

Plastic bottles
Taking up to 450 years to break down, plastic bottles are a prime offender – and banning them could see the continued increase of reusable water containers, which have seen a dramatic increase in sales in recent years. Many of these are more durable plastics, or aluminium, and therefore can be used for many years before needing recycling.
Styrofoam

There are no indications for how long this widely-used packaging material takes to break down after it has been discarded – causing a potentially massive headache for the environment, as online shopping (and therefore carefully-packed parcels) reaches new heights each year. However, there are eco-friendly alternatives. From bamboo fibre packaging to cardboard ‘packing peanuts’, there are a wealth of cushioning options for products to be delivered safely.

Aluminium cans
While aluminium cans are recyclable, many local authorities lack the capacity to actually do so – and many millions of drinks cans are sent to landfill each year, according to Business Waste. However, as they can take up 200 years to break down, drinks retailers could consider more eco-friendly options if they were banned – such as reusable glass containers or even recyclable cardboard cartons.

“We truly believe that there cannot be significant change to the amount of single-use plastic – and other materials – going to landfill without equally significant action. Banning these products might seem like a big step, but as we’ve shown, there are plenty of eco-friendly alternatives”, Business Waste spokesperson Mark Hall said. “The best way to encourage businesses to innovate and find better ways of manufacturing is to create demand for it, and that’s what we believe a ban on these items would do. The general public are now more aware of green issues than ever and we feel that there would be widespread support for a bold move towards improving our environmental credentials.”