UK will allow Exports of mixed and dirty plastic wastes 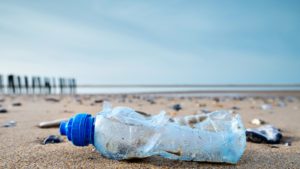 While the Boris Johnson administration’s manifesto has called for a full ban on the export of plastic waste in the future, it is far from certain that this aspiration will become UK law. Meanwhile, environmental activists have expressed grave disappointment in this new precedent that finds the UK taking positions far less rigorous than that of the rest of Europe post-Brexit. They assert that it was well known as early as May 2019 that they would include the new plastic listing for mixed and contaminated plastic (Y48) in their prohibition on exports to developing countries. It is not understood why the UK could not have done the same.

“The UK has had almost two years to transpose the EU plastic waste export ban into UK law,” said Jim Puckett, Executive Director of the global waste trade watchdog Basel Action Network (BAN). “We had assumed the UK would at least follow the EU, and so it is a shock to find out now that instead they chose to have a far weaker control procedure which can still permit exports of contaminated and difficult to recycle plastics to developing countries all over the world.”

Already the UK is found to be a major exporter of plastic waste to South East Asia with 6,896 metric tonnes exported from UK to Asian countries like Malaysia, Pakistan, Vietnam, and Indonesia in September of last year. Most of the destinations are considered to be substandard waste management facilities. Such facilities can expose workers to volatile organic compound emissions and while polluting surface and ground waters and highly toxic air emissions from the open or crude burning of unrecyclable material.

“It’s disturbing to see that the UK, wishes to continue its waste management malpractice using developing countries as dumping grounds — a practice which would have been forbidden had they stayed in the EU,” said Yuyun Ismawati of the Nexus3 Foundation. “In Indonesia, we have documented large amounts of imported UK plastic wastes dumped and burned in the farming communities by the substandard recyclers which can only actually recycle a small percentage of the waste.”

It is hoped by the environmentalists that the UK will take immediate steps to ban all plastic wastes exports and thus become self-sufficient in plastic waste management and to reduce plastic waste generally by banning the use and sale of single-use plastics.