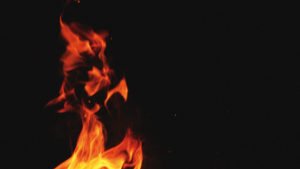 According to the UKWIN report: “Given the scale of the Edmonton incinerator rebuild project and the many significant changes that have arisen since the project was first proposed, it would be prudent for a comprehensive Value for Money (VfM) review to be undertaken as a matter of urgency”.

Despite lower than anticipated volumes of waste arising, the NLWA is progressing plans to replace the existing Edmonton incinerator with an even larger incinerator that would be capable of processing 700,000 tonnes of material each year. Residents and others have raised concerns about the Edmonton incinerator rebuild scheme, which is part of the NLWA’s North London Heat and Power Project (NLHPP).

In response to many of the fundamental changes that have occurred in the decade since the NLWA first came up with the North London Heat and Power Project plan to rebuild the Edmonton incinerator, Stop the Edmonton Incinerator Now commissioned this study.

he report’s recommendations highlight the urgent need to “consider the latest waste data as well as current and anticipated local and national economic, legislative, social and policy drivers that could reduce overall and residual waste arisings, alongside assessing risks associated with incineration overcapacity and stranded assets” and the “need to assess current and anticipated residual waste treatment capacity in and around London in light of increases in capacity, and the potential for even further increases in capacity in the near future…”.

The report goes on to explore how any value for money review should assess potential cost increases associated with Brexit, currency exchange fluctuations, Covid-19, an incineration tax, and potential regulatory changes. The report also outlines several additional factors worthy of considerations, such as the cost of treating North London’s residual waste through a combination of methods other than incineration, the impact of investing in preventing material from entering the residual waste stream, and the wider benefits of moving away from incineration and towards a low-carbon circular zero waste economy.