Waste management and the elderly: A neglected problem? 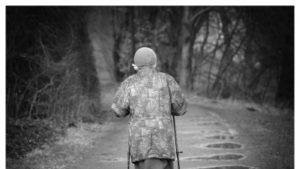 Whilst living longer, on the face of it, is good news, it does mean that more elderly people require healthcare, and therefore this will have its knock-on effects further down the line.

But what does this mean for waste management? With more and more people reaching the upper echelons of centenarian status, they become less inclined to follow the regulations of appropriate waste management or that there is an increased demand for healthcare products which generates an increase of waste.

With the help of Acorn, providers of stairlifts, they shine some insight into a potentially growing problem affecting the sustainability of our planet.

Increased efforts
The focus that has been shifted onto waste management, recycling and sustainable materials in general has seen a huge spike in activity in the last decade, after numerous warnings that we are damaging the planet at an alarming rate. No doubt the attitudes, perceptions and behaviours of the older generation will differ from that of the younger generations, with the latter growing up around sustainable awareness.

Wealth and waste
Recent investigations in the UK indicate that retired people retain relatively high levels of wealth, despite a cease in paid employment. This creates a situation in the elderly whereby they retain their spending power but with more time on their hands than ever to spend it. If we go off the belief that waste is a by-product of wealth, in the context of having the means to be able to buy more, then there is a chance that those in the post-retirement age are at risk of being disproportionately more likely to incompetently manage their waste.

Of course, wealth is not the sole driving factor when it comes to waste management in the elderly, but in fact individuals own attitudes, experience and situation, with wealth influencing in some way each of those.

On a slight tangent but in the context of wealth and waste, in places like Hong Kong, where there is inadequate support for the ageing population, the elderly citizens are forced to scavenge the streets for recyclable waste in order to make a living. Many of them were either made redundant and had no savings and with insufficient or nonexistent pensions, their only means of income is trading in cardboard off the streets.

Despite being one of the richest cities in the world and with one of the oldest life expectancies, it is worrying to see one of the more adverse side effects of an aging population.

Obstacles in waste management
One such instance where a barrier for a smooth waste management process became apparent is collection points. Disabled and elderly residents in Shropshire were told by the local council that they would have to carry their rubbish up to 50 yards to the exterior of their Mercian Court grounds as the new waste vehicles couldn’t fit under the archway leading to the property.

Although this is just one such case, this proves that an individual’s mobility could prove to be a potential factor of waste build up and neglect.

General understanding of age influencing waste management behaviours is still in its infancy, but it is clear that there are areas to address if we are to maintain a healthy, sustainable environment.