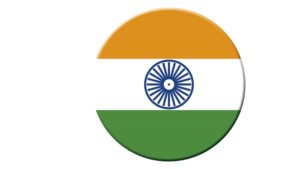 Do you know that the average American produces almost eight times more municipal solid waste than the average Indian?

And do you know that the average Indian also uses fewer plastic materials than the average Westerner?

Still the west looks shiny and, on the other hand, many Indian streets look dirty.

Even a villager in Europe knows how to segregate the waste. Yes, behavioural changes in people are important but on the other hand, it doesn’t mean that the Indian administration cannot learn from the European countries how cities can be cleaned even when citizens do not always co-operate. In many European cities, during weekends, streets tend to become quite dirty in some areas which are next to pubs and football stadiums, sometimes even dirtier than some Indian streets, but in the early hours of Monday morning, European streets are machine cleaned and vacuumed and by the time people wake up to the office they look perfect. I am pretty confident that machines can easily be customised for Indian conditions and roads. But does the Indian administration have the will to bring a paradigm shift that country needs so desperately? Yes, India can learn recycling and waste management techniques from the West, but this does not necessarily mean learning Western consumption habits.

The municipal solid waste can be classified into five main categories:

Where solid waste is properly managed, after the waste is generated, it is segregated at source, then properly stored, collected, transported and treated. In an effective solid waste management model, there should be a goal to reduce, reuse, recover and recycle waste by using the appropriate technologies and the waste that is disposed of in landfills should be minimized, most importantly, landfills should be properly managed so that they don’t become a source of greenhouse gases and toxins. But in many cities of India, the waste that is generated is just recklessly dumped in most cases, some is dumped on the streets and some is dumped in landfills that are not properly managed and this ends up polluting the air, soil, and underground water.

Urban India generates 62 million tonnes of waste (MSW) annually, and it has been predicted that this will reach 165 million tonnes in 2030. 43 million tonnes of municipal solid waste is collected annually, out of which 31 million is dumped in landfill sites and just 11.9 million is treated. There is not enough public bins, and the available bins are not even covered and, in many cases, waste overflows out of those bins and ends up going all over the streets. Waste transporting vehicles are not even covered in many cases which also causes littering of the streets. Many citizens in India recklessly litter the streets too. Probably, they only littered the streets with banana leaves or bowls made of dried leaves a few years earlier, those kinds of litters were not that harmful as they were biodegradable and could even be eaten by stray animals. But in India today, what is mostly littered is plastic and in any society, it’s not easy to bring a quick cultural change.

India’s informal recycling sector that consists of waste pickers plays a crucial role in segregating and recycling waste, but in most cases they are not formally trained and at times they burn wastes at landfills to keep themselves warm at night and end up setting landfill fires that cause air pollution, and because of inadequate gear, they are also exposed to diseases and injuries.

The sizes of landfills in India is constantly increasing and that is fast becoming a major concern. Contrary to the composition of waste in western countries, the majority of India’s waste is organic which means that there is a tremendous opportunity to compost a lot of it, but to make it possible, Indians need to adopt the practise of segregating waste at its source, that is why it is important for Indian to follow the guidelines that are set by the Indian Government in its official solid waste management rules.

The Solid Waste Management Rules focuses on segregation of waste at its source. All commercial institutions and resident welfare associations are required to partner with the Urban local body and segregate waste in different categories – biodegradable, non- biodegradable, construction-demolition, domestic-hazardous, horticulture, sanitary, etc. In addition, they also need to process biodegradable waste through on-site composting and the recyclable waste has to be given to authorised recyclers or waste pickers. If the Solid Waste Management Rule is properly implemented and is also adopted by the people, it can simply transform the waste management system in India. This is a perfect opportunity for all the stakeholders, urban local bodies, Non-governmental organisations, Resident Welfare Associations, Public and Private institutions, Waste Management Start Ups to come on board, get interlinked and benefit from a combination of centralised and decentralised waste management system.

The amount of high-calorific waste is increasing in India and the country is gradually trying to adopt waste segregation at source, these two factors are crucial in running waste to energy projects, apart from that, there exist waste-to-energy technologies that can process unsegregated and high moisture-low calorie waste too and that can be very useful for a country like India as in many cases bringing a quick change in people’s behaviour is not easy and something needs to be done urgently.

Things can change even faster if Indians can adopt the practise of segregating waste in their homes, stop dumping mixed waste and stop littering. It is heart breaking to know that there are villages in India where plastic can enter, but it can never leave. Even though many cities and states have discouraged the use of plastic shopping bags, plastic still enters the remote isolated villages in form of chips packets, water bottles, etc. in those areas there is no mechanism to recycle or collect plastic trash, there is no service by the administration whatsoever to collect trash from those villages. As a result, many villages just innocently burn it or dump it in the open.

So, can Indian streets become clean? Yes, it is possible if Indians start to segregate waste at its source and adopt a decentralised system of composting their biodegradable waste. On the side lines, informal recycling by waste pickers can be made more organised by training and educating them. This approach will reduce the burden on India’s centralised waste management system which can mostly focus on dealing with the waste that need sophisticated or large-scale treatment, by ensuring maximum resource extraction from waste, combined with safe disposal of residual waste through waste to energy projects and for properly managed engineered landfills, India can make its streets clean, but a shortage of environmental professionals and qualified engineers can totally spoil the plans and that is why it is important that India builds dedicated waste management colleges and universities which will cater for the raising demand of skilled professionals.

Yes, India needs to spend a lot of money to create an effective waste management infrastructure but a clean India will be able to earn more by attracting more tourists. A clean India will also save more in its public health care and also it will save money by avoiding those city floods which happen in monsoon due to the drains that are chocked by plastic. Moreover, new jobs will be created and people will start looking at waste as an opportunity to create wealth. In relatively small patches, many streets and districts in India are well maintained and clean too, but these success stories are not enough. India needs a lot more of them and it needs them urgently. Furthermore, India shouldn’t follow the unethical Western trend of waste dumping in poorer countries. As India continues to rebuild, its citizens should ensure that they avoid reaching the dangerous levels of the average westerner in plastic consumption and waste production because waste reduction is better than any kind of waste management. And India’s traditional wisdom of “Aparigraha” which is very relevant even today can play a key role in achieving that.