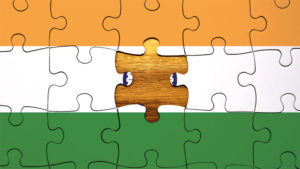 We cannot blame anyone for using these, but the disposal of such healthcare paraphernalia raises concerns about our future. Medical waste is just one of the problems. What about the generation of waste in everyday life? What about the options available through using garbage as a resource to produce energy and drive forward the circular economy?

With rapid urbanization, India is facing a massive waste management challenge. Waste has become a key concern for the population residing in the major cities of India. Delhi topped the list of Indian cities with maximum waste generation running at 3.06 million tonnes, followed by Greater Mumbai at 2.49 million tonnes. Waste management has emerged as an issue of concern for researchers, environmentalists and activists alike, but has only a limited presence on the agenda when it comes to mitigating the threat of climate change. The reason for this can be firstly the obsession of countries with carbon emissions. With most of the debates only talking about reducing carbon emissions, developing countries like India have tended to jump on the bandwagon regarding its approach to combatting the threat of climate change. Efforts such as carbon trading and taxation are undertaken to calibrate the carbon emissions, a key contributor to climate change, at national and international levels in order to bring about a reduction.

Secondly, there is little concern about where the waste goes. The problem of how we deal with waste after it has left the immediate environment is not significant in the mind of the general public, as most of the dumping sites are on the outskirts of cities. Thirdly, the implementation of the laws has been far from satisfactory, despite continuous mandates from the Indian courts. Since the early 1980s, the Indian judiciary has been actively intervening to ameliorate the solid waste management situation in the country. In fact, till as late as 2000, the Burman Committee was appointed by the courts to take stock of the waste management situation in India, which led to the erstwhile legislation on the management of solid waste.

According to the World Bank report, nearly 70% of solid waste is dumped in landfills. One of the gases released from these landfills is methane. Methane, a greenhouse gas, has a global warming potential 28 times higher than carbon dioxide over one hundred years. With almost 15,000 MT of garbage remaining exposed in the country each day, waste has also become a significant reason for rising pollution levels.

Only 19% of the waste recovered is recycled and only 11% converted to energy. Waste management can be an alternative to the carbon tax, carbon trading and other measures designed to combat the threat of climate change and also a step towards implementing the circular economy.

Waste management has many aspects, including waste collection, disposal, dumping, and recycling having local solutions and allowing us to practice sustainable living. It can be a solution not just towards achieving environmental sustainability, but one that focuses on closing the inequalities.

A practice we can opt for while practicing sustainability and also cutting waste production is by using reusable cotton masks. Moreover, these masks, which are already in use and produced by women‘s self-help groups and NGOs, need to be made available at scale. Although the price may increase, just look at the value we will be adding to society in the form of women’s emancipation, participation, employment creation, and less environmental damage.

The World Bank report suggests that managing waste makes economic sense, as the cost of addressing the impact of accumulated trash will be much higher than the price of developing a simple and adequate waste management system. Another point worth mentioning is that unlike carbon emissions, whereby we hold only a few sectors responsible for pollution, waste management will require an equal effort by all the country’s citizens to segregate and recycle waste. Rather than differentiating between ‚who pays‘, we can all pay by playing our part.

Pinning all the blame on the government would be unfair. The government does what its citizens demand of it. In a survey published by the Association for Democratic Reforms, prior to the 2019 elections in India, jobs and better healthcare were the top priorities of voters. Issues such as climate change or related problems like air pollution, water pollution or waste management were not even in the top ten of voters’ priorities. The survey very well supports our dictum regarding the limited importance of the waste management agenda among India’s citizens. Although waste management can be taken as one of the contributing factors towards tackling climate change, due to the overall limitation of the climate policy agenda within the country, the importance of solid waste management is diminished. We can say that developing countries such as India are more fascinated by terms like GDP, growth and development, as they reflect better in terms of industrial development and energy security.

It is essential to understand the issue of waste management from the perspective of the climate change debate in the international arena because it is via the climate change debate that we can raise the issue of waste management in the broader policy environment. In a country as diverse as India, issues such as climate change and its other aspects require a bottom-up approach. We need to allocate the roles of urban local government more responsibly, as constitutionally a great deal of power is vested in them.

Perhaps there is a lesson to be learnt from our past: In 1994, when the Surat plague made the headlines, within a span of two years the local urban government managed to make Surat the cleanest city in India. Action and awareness at the forefront of these local governance institutions can make a great deal of difference to how we manage waste and how citizens can be made aware of the issue of climate change. The world tackled the situation of COVID not just with the guidance and aid of the government, but with an inclusive role of civil society NGOs that were able to make a difference in the fight against the virus. Similarly, there need to be a lot more initiatives, which need to come from corporate bodies that can provide the required funding to identify innovative and effective measures to address the issue of waste. One of these is to explore the fiscal viability of the waste-to-energy business model. The dual effect of waste-to-energy conversion would be an asset for the country. At the same time, India can play a significant role in emerging as the flag-bearer in the international realm and lead climate negotiations. The sustenance of humanity is dependent on addressing climate change. Waste remains an essential variable in this equation.