“We need to educate people that we are the solution,” insists outgoing BIR President 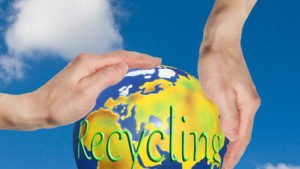 By that same year, the recycling industry is likely to be responsible for the annual saving of a billion tonnes of carbon emissions. “This industry has a brilliant future,” declared Ranjit Singh Baxi of J&H Sales International, BIR’s outgoing World President.

And yet despite this positive message, much of the BIR International Trade Council (ITC) meeting in Singapore on May 20 was devoted to challenges facing the industry, including China’s import policy shift and negative media coverage, particularly regarding plastics waste.

The ITC’s Chairman Michael Lion of China-based Everwell Resources Ltd lamented that “we have a problem with identity and image” and that certain parts of the general media have targeted the recycling industry with unfounded criticism. BIR’s Director General Arnaud Brunet and Tom Bird of Hong Kong-based Chiho Environmental Group both identified awareness campaigns as the appropriate response. “We need to educate people that we are the solution,” said the latter. According to Adina Renee Adler, Senior Director for International Relations at the US Institute of Scrap Recycling Industries (ISRI), the recycling sector needs to tell the media “the story of what we do, who we are and the contribution we make”.

The recycling industry is also facing the problem of certain consumers “trying to steal our clothes by claiming they are the recyclers”, noted Mr Lion. This observation drew an impassioned response from Murat Bayram of European Metal Recycling Ltd who insisted: “Recycling is a chain; it’s teamwork.” And Mr Brunet added: “We are the recyclers and we will remain the recyclers.”

On the issue of teamwork, ISRI Chair Brian Shine called for a push to work more closely with product manufacturers to promote design for recycling. Global plastics consumption is continuing on a strong growth curve and so co-operation over such issues as design for recycling is essential, agreed new BIR Plastics Committee Chairman Henk Alssema of Vita Plastics in the Netherlands.

The ITC meeting also addressed the impact of China’s import policy shift on overseas suppliers of recyclables. According to Mr Bird, China will remain a major market and so clarity in its regulations would be widely welcomed.

Both Mr Baxi and Mr Bayram spoke of “life after China” as material flows have been redirected to other countries. “Quality is the key for success in the future; scrap will be needed today, tomorrow and the day after,” insisted Mr Bayram. A large proportion of the materials now heading to new destinations will still end up in China – “and so China is not out of the equation”, added David Chiao of Uni-All Group Ltd in the USA.