What is next for increasing flexible packaging recycling? 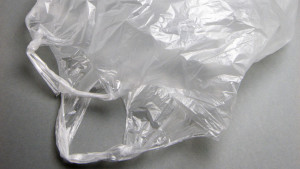 Flexible plastic packaging has the highest potential of contributing towards the achievement of the EU recycling targets for plastics, with a prospect of more than tripling in size during the next decade. To make that happen, however, now is the high time to address the challenges that must be overcome.

The study done by Eunomia demonstrates that every year, a total of 15 Mt of flexible films are put on the EU market of which 9 Mt are polyethylene (PE). With a 23% recycling rate for PE films in Europe there is much room for improvement. Specifically, advantage shall be taken of the household stream which accounts today for roughly 40% of all polyethylene film waste generated in the EU.

Major investments in recycling capacity and technology are needed to advance recycling of this stream. Increased separate collection, advancing quality of sorted waste and recyclability must be worked on in parallel. Multilayers, for example, are just one of design for recycling issues that impact the process and quality of recyclates.

End-markets are just as important. “The high-end applications for rPE remain largely underexploited, commented Ton Emans, PRE President, he added: Today roughly 13% of PE flexible packaging is used in film to film applications and therefore, is in practice circular.” This trend is further confirmed in the study which demonstrates that there is a potential to substantially increase the use of recycled content within most of the major film market sectors.

Polypropylene (PP) flexible packaging with a market of around 2.5 Mt, was identified in the study as the recycling stream that is equally underrepresented. The report points out that today PP flexible films are often not sorted in a separate waste stream, and thus viable sorting and recycling routes need to be developed.

With the growing consumption and therefore demand for flexible packaging in Europe, policy makers and the industry must continue to work hand in hand on advancing its circularity.