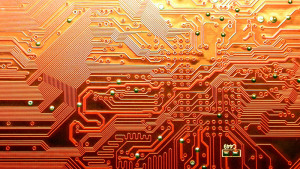 This had been widely expected to enter force on July 1 but, more than three months later at the Division’s webinar on October 15, the exact details and launch date for the new import arrangements remained the “million-dollar question”, according to Shen Dong of Omnisource Corporation, LLC.

In the meantime, he reported, China had remained a significant world market: its 12 batches of import quotas issued to date in 2020 had amounted to 879,475 tons of copper scrap and 818,000 tons of aluminium scrap. However, many shipping lines had stopped accepting scrap cargoes for China given its imminent ban on solid waste imports. Lines were also reluctant to ship to Hong Kong, the speaker noted.

Introduced by divisional President David Chiao of Uni-All Group Ltd, the webinar featured a question/answer session moderated by Natalia Zholud of Belarus-based TRM Group as well as a series of market reports.

Dhawal Shah of Metco Marketing (India) PVT Ltd said the domestic secondary non-ferrous sector had mirrored the recent upturn in most other parts of his country’s economy, with the crucial automotive industry boosted notably in recent months by rural demand. A “very ambitious” nationwide vehicle scrappage programme would be unveiled shortly and should have a “tranformational” impact on new car sales and domestic scrap loops.

Mr Shah also relayed feedback on developments in Pakistan which, he said, boasted “one of the fastest-growing recycling industries”. Once China had begun to make changes to its environmental laws, “a lot of non-ferrous scrap started going to Pakistan for recycling and smelting to make ingots for the domestic and international markets,” he explained. “Pakistan also senses that, if they are to grow, they need to ensure that they wholly and squarely address environmental concerns as well, and they are putting new investment in that direction.”

According to Nick Hinohara of Japan-based Metal Solution Provider, recovery within the Japanese automotive sector had led to a “very tight” domestic market for aluminium scrap whereas demand for No 2 copper scrap was “relatively weak”. For the USA, Rick Dobkin of Shapiro Metals reported that secondary aluminium scrap exports had been finding their way to healthy markets in Asia, thus “making the domestic scramble for scrap ever more pressing”.

Sidney Lazarus of Non-Ferrous Metal Works (SA) (PTY) Ltd confirmed an improvement in business conditions as well as greater scrap dealer activity within South Africa. Regarding the Middle East, however, he expressed some concerns that the pandemic had led to the postponement of a number of major projects that, once they go ahead, would have a substantial beneficial impact on metals demand.

Summing up the sentiments of several contributors to the webinar, the report from Leopoldo Clemente of Italy-based LCD Trading SRL urged the scrap sector to continue to harness its innate “passion and positivity”. Southern Europe had been hit particularly hard by the pandemic, he said, but a recent survey of 6000-plus Italian businesses indicated that more than half had either already returned to pre-COVID levels of activity or expected to do so in the fourth quarter.

Reporting for the rest of Europe, Mogens Christensen of H.J. Hansen Recycling Industry Ltd AS of Denmark said markets were returning to “some kind of new normal”. Speaking in the context of the recently-introduced European Green Deal aimed at making the continent more resource-efficient and climate-neutral, he insisted: “The recycling of non-ferrous metals is crucial to reaching the targets. We must make it clear to everybody that free trade in scrap metals is contributing to the development of the Circular Economy.”