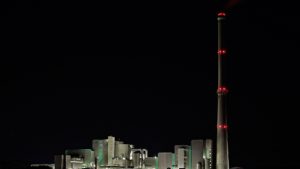 Over the next five years, british RDF exporter Andusia expect to see more of a shortage in vital waste treatment facilities being built in the UK. Over the past decade, the UK has experienced a big change in methods of waste disposal – moving away from landfill by diverting millions of tonnes of residual waste into recycling and waste treatment facilities (including EfW).

However, the demand for UK waste treatment has fast out-grown the available EfW plants in the UK. Current facilities are full to capacity. The solution? Export our waste to those countries that have a short-fall or increase waste treatment infrastructure in UK. Andusia are currently in discussions with numerous UK developers regarding potential EfW facilities in various stages of development. The list totals approximately eighty plants, not all of which will reach financial close.

Building new facilities is a long process, plants typically take 3 to 5 years from start to finish. Developers need to acquire land, get planning permission, apply for permits, select technology, get funding and finally (and most importantly) source a constant supply of waste. Most new plants require a 10-year, fixed price, waste supply contract in order to gain investment.

Not only is it a long process, there is a regional imbalance. There is currently an over-concentration of plants proposed in the North of England; where there is suitable affordable industrial land and it is much easier to obtain planning permission. Compared to a short-fall of plants in the South East, where land is expensive and hard to come by and planning permission is much more difficult. The South East is also responsible for 50% of the current waste-derived fuel exports.

In summary, over the next few years, Andusia foresees the number of plants being built decreasing as the prospect of developing a new facility becomes a less attractive option due to the pool of waste supply getting shallower as new plants are built year by year. Landfill sites will continue to close and so there will still be a requirement for RDF export to Northern Europe, particularly in the South East.

Since Andusia’s launch in 2012, the company has grown to be one of the UK’s largest independent exporters of RDF across Europe. Over the past 7 years they have developed a strong supply base of professional UK waste management companies; and established long lasting relationships with some of the largest EfW plants in Europe.

Andusia are also committed to supporting new UK infrastructure and are working with developers to bridge the gap between waste suppliers and plants.