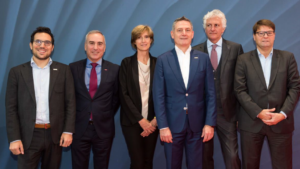 The proposed ‘Plastics Packaging Tax’ is likely to have a negative impact on the local market, in terms of job losses and consumers being negatively affected by such a regressive tax. Italy is the second biggest producer of plastics products after Germany and the tax would put in jeopardy the economic situation of 50.000 workers and the survival of 2.000 SMEs in the value chain, according to the Italian Federation of Workers (Filctem Cgil). This will have a domino effect on the whole economy. The National Federation of Consumers (Federconsumatori) estimates that such a tax would mean an increase of households spending of 140 euro per year.

Renato Zelcher, who is also the CEO of an Italian flexible packaging company, added that this measure undermines the survival of a sector of excellence, penalizing the products and not the behaviours and will, in fact, slow down all the efforts that were done in terms of circularity.

Plastics materials and plastic products are key to avoid food waste, to reduce transport costs, to save energy and to decrease CO2 emissions. Alternative materials, very often, have a worse environmental impact as they are heavier and bulkier when compared to plastics .

The goal of 10 million tons of recycled plastic to be placed on the EU market has been pledged under the patronage of the European Commission. It is a very ambitious but attainable target that will require many investments in the whole value chain of plastics and it is not with the plastic ban or taxes that this process can be accelerated. On the contrary, it will weigh heavily on our industry, putting thousands of jobs at risk at a time when we already face economic recess in Europe. Our industry is already active in doing its part and we restate our intention to work across value chains to reach the ambitious aim that by 2025, 10 million tonnes of recycled plastics will find their way into new products on the EU market.