Glimmers of brighter future amid “perfect storm” for plastics recyclers 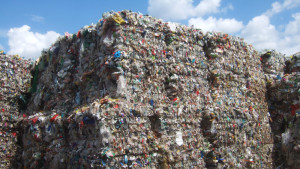 According to guest speaker Patricia Whiting, Senior International Policy Analyst at Sims Lifecycle Services in the USA, most plastic waste had previously fallen outside the scope of the Convention whereas the new criteria would affect all but a few types of scrap plastic shipments. This new trading burden would likely result in “negative implications” for the Circular Economy through “limits on plastic waste available as inputs for recycling facilities, and limits on the availability of recycled plastics”, she said.

Requirements on shipments were phrased in ways that remained open to interpretation – for example, that they should consist “almost exclusively” of a single polymer and should be “almost free from contamination”. Competent authorities would therefore be left to grapple, for instance, with what levels of contamination would be acceptable, the guest speaker contended.

Sims Lifecycle Services’ Global Plastics Manager Jan-Hein Stiens argued that this scope for differing interpretations would render instant compliance with the amendments “challenging”. Stricter regulations governing overseas shipments were prompting many recyclers to move their production operations nearer to the sources where plastic inputs were becoming available. On the plus side, he added, OEMs had already built recycled materials into their long-term strategies and so would continue to offer a consistent demand.

According to China Sustainable Plastics Association’s Executive President Dr Steve Wong of Fukutomi Co. Ltd, emerging regulations were putting a brake on plastics scrap trading as parties awaited further developments. Specifically, he outlined: the stricter rules to be adopted by Hong Kong on January 1 2021 to reflect the above-mentioned Basel Convention amendments, including notification and supporting documentation; and China’s tighter enforcement of existing regulations on importing recycled pellets, with fines of up to US$ 750,000 for non-compliance in relation to uniformity of colour, size and packaging.

In a review of Asian markets, Dr Wong said that scrap availability had dropped “by half” and that prices were higher than before the pandemic. Many factories in South East Asia had yet to return to full operation and a large proportion of recyclers were facing liquidity problems. Costs of recycling were higher than recycled pellets’ selling prices, he added.

Providing a further perspective on Asia, new BIR Plastics Committee member Max Craipeau of Greencore Resources Ltd also confirmed that many Chinese importers were awaiting further clarification of their country’s r-pellet import rules before committing to further purchases. A similar message was delivered by Andrei Mihai Sofian of Romania-based Rematholding Co. SRL who noted that clients in China were delaying deliveries amid the current uncertainty. “We don’t know when we can export again,” he lamented.

Reporting for the USA, Sally Houghton of the Plastics Recycling Corporation of California said COVID had highlighted “the weaknesses of certain markets and the need for modernization in the States”, notably with regard to collection and processing. At present, businesses faced the “perfect storm” of a pandemic, increased regulation and “cheap and plentiful” virgin material resulting from low oil prices, but Ms Houghton believed brand commitments to recycled content offered hope for a more positive future. In this context, Mr Craipeau added that rPET prices were already proving “extremely resilient” as commitments from brands and moves towards mandatory recycled contents were helping to support a decoupling from the price of oil.

Reporting on Europe, BIR Plastics Committee Chairman Henk Alssema of Vita Plastics in the Netherlands noted that recycled material prices had climbed slightly in recent months but were not expected to make further gains before year-end. However, he also concluded on a positive note: “We are the backbone of the Circular Economy; the Circular Economy needs recycling.”

The webinar also featured the official launch of the BIR report “Recycling Plastics: Facts, Data and Policy Recommendations” which encompasses the contribution of plastics to everyday life, their environmental impact, and the benefits of recycling over the alternatives of landfill and incineration.

BIR uses the report to call on governments to establish a more favourable environment for plastics recycling through, for example, extended producer responsibility schemes, banning the use of prohibited chemicals in plastics, enforcing mandatory recycled content quotas and establishing clear end-of-waste criteria for recycled plastics. BIR also urges manufacturers and producers to work closely with recyclers on design for recycling in order to ensure easier sorting of collected scrap and higher levels of recyclability.

BIR Director General Arnaud Brunet hailed the report, which can be viewed on the world recycling association’s website, as “very comprehensive” while Mr Alssema welcomed it as “very clear and accessible”.