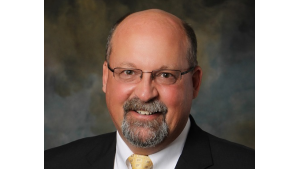 In addition, the ISRI Board of Directors elected four directors-at-large and one associate director. At the helm of the team of new leaders is Chair Gary Champlin of Champlin Tire Recycling (Concordia, KS).

“ISRI congratulates and welcomes a new slate of leaders to its Board of Directors,” said Robin Wiener, president of ISRI. “These new leaders bring a wide variety of backgrounds in leadership to help guide the industry through what will be uncertain times moving forward given the global pandemic we are facing. Their backgrounds in EHS issues, global trade, and business operations will help guide us and lead us to new opportunities as the industry and association evolve. Together, we are a stronger ISRI, and a stronger industry.”

About the newly-elected national officers:

Gary Champlin is third generation in the family tire business started by his grandfather in 1950. For the last 22 years he has been General Manager of Champlin Tire Recycling, Inc. Gary and his wife Debra have six children and eight grandchildren. Champlin Tire Recycling is one of the top ten largest tire processors in the United States. Along with serving in many capacities within ISRI, he has also been a board member of Mid-America Tire Dealers (President in 2010-11), United Tire Recyclers (President since 2008), Kansas Organization of Recyclers, and the Kansas Landfill Association.

Brian Henesey is currently vice president and general manager of Rocky Mountain Recycling, Inc., (RMR) located in Commerce City, Colorado. RMR is a full-service scrap metal recycling company specializing in ferrous, nonferrous, and other various types of metals. His roots originate in a small, former steel mill town, located outside of Pittsburgh, Pa called Duquesne. It was while growing up in Duquesne where Brian began his career in the recycling industry. At the early age of 15, he worked as a summer employee at a local scrap company, called Vac-Air Alloys, of which eventually became part of Keywell, LLC. Throughout high school and college, Brian continued to work at Keywell as a summer employee.

Colin Kelly is the Corporate Director of Public Affairs at Schnitzer Steel Industries, Inc. Colin graduated with a bachelor’s degree in business administration in 1984 from Suffolk University in Boston. During college he began a career in retailing with the Purity Supreme Company and in 1986 purchased his first restaurant. In the following years he added multiple locations and full line catering. He displayed an interest in community service early on and was elected to the Everett Common Council in 1989, where he served for 11 years. Since then he has contributed much of his time to community service and charitable organizations.

Andy Golding is the Vice President of Sales and Marketing at Kripke Enterprise Inc., a role he has held since 2005. Born and raised in Toledo, Ohio, Andy graduated from The Ohio State University with a bachelor’s degree in political science. He and his wife Cami have been married for 20 years and have four children: Joey, Benny, Sammy, and Sophie. Andy is an avid runner who loves traveling and cooking. He previously served as ISRI’s Northern Ohio Chapter president and most recently chaired the association’s 2019 and 2020 annual convention and exhibitions.

The following new chapter presidents also began two-year terms on the Board of Directors:

New commodity division directors for the 2020-2022 term are as follows: