Textiles: Stocks could take “18 to 24 months” to return to normal levels 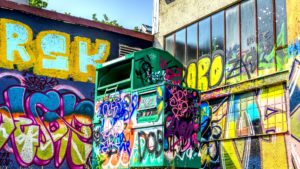 “We are currently in a situation that, in some markets and areas, the prices of unsorted, post-consumer textiles are lower than the costs for collection,” he told the Division’s eForum on June 23. This situation has put collection, sorting and recycling “at risk” and, if it were to continue, “it could be the end of many current collection systems”.

The pandemic-related closure of many retail outlets around the world had contributed to a huge increase in inventories of both raw materials and sorted goods, and thus to “a substantial decrease in prices”. Stocks at collection and processing companies were estimated to be “three to four times higher than usual for this time of year”. Even in the more positive scenarios, it would take “18 to 24 months until the current stocks have been reduced to normal levels and we can speak of business as usual”, Mr Böschen warned.

“Depending on the market,” he said, “current retail revenues are said to be 40-60% (of the norm) in Eastern Europe and Southern Europe, as well as in the open South American countries, and up to around 80% in North-West Europe and in the USA.”

Given the prospect of EU-wide mandatory separate collections of textiles and footwear by the year 2025, the remainder of the meeting focused on the role of extended producer responsibility (EPR) schemes in maximizing textiles reuse and recycling. Whatever new systems were put in place, it was important that these did not harm existing reuse mechanisms, Mr Böschen told a question-and-answer session moderated by the Textiles Division’s General Delegate Alan Wheeler of the UK’s Textile Recycling Association. “We need to ensure that the waste hierarchy will be followed in future, putting reuse always above recycling,” insisted Mr Böschen.

Maud Hardy, Circular Economy Director at France-based Eco TLC, explained that 70% of her EPR organization’s budget was devoted to the support of sorting, 20% to communications and 10% to studies/innovation. A large proportion of the 52 innovation projects supported since 2010 had focused on open-loop solutions because these represented potentially high-volume outlets.

The guest speaker outlined the following priorities for her organization: investing to create a successful industrialization of recycling solutions; improvement of product durability throughout its life-cycle; increasing the collection of used textiles and footwear both in terms of quantity and quality; and optimizing sorting efficiency for reuse and recycling, for example, through the adoption of new technologies. EPR made sense only “if we are able to connect the integrators of recycled materials with the manufacturers of these materials”, she said.

Mehdi Zerroug, Director of Eco Textile in France and former President of the BIR Textiles Division, agreed with Ms Hardy that EPR schemes should be tailored to the circumstances of each individual country. He had earlier pointed out that reuse provided an established commercial outlet for 60% of collection volumes whereas little if any revenue was derived from the remaining 40% comprised of material for recycling. With mandatory separate collection likely to yield an overall decrease in quality and value, new recycling solutions would be required – particularly for the non-reusable component. The fashion and recycling industries would need to work together, he added, “for an improved circularity of the textiles”.

Mauro Scalia, Director of Sustainable Businesses at the Belgium-based European apparel and textile confederation EURATEX, acknowledged the environmental challenges facing the “resource-intensive” textiles industry and stated: “We need to find new ways for making, using and disposing of products. New partnerships need to be built between the textiles industry and the collection/recycling part of the value chain.”

Mr Scalia added that EPR schemes should be designed to support circularity, should value different textiles that may need different recycling routes and should solve “real problems”. At the same time, no EPR scheme should cause “detrimental unintended consequences”, he insisted.