Aluminium scrap “cheap” so incentive to use more, according to leading analyst 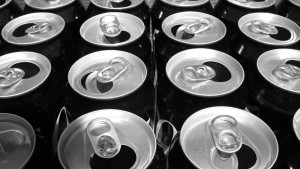 But despite regular interaction and appeals to the Chinese government for updates, there is still a lack of information being made available either to consumers within China or to their overseas suppliers about the finer practical details of the new system, it was acknowledged at the BIR Non-Ferrous Metals Division meeting in Singapore by Wei Liu of the China Nonferrous Metals Industry Association Recycling Metal Branch (CMRA).

From the start of July, eight types of “solid waste” – including copper and aluminium scrap – will be switched to the catalogue of materials for which importation as a raw material is restricted, creating the requirement for an import licensing system.

Earlier in the meeting in Singapore on May 20, the BIR Non-Ferrous Metals Division’s Chairman David Chiao of the US-based Uni-All Group had spoken of a shift in trading patterns and of repercussions from the US/China trade war. He pointed to a steep drop-off in US aluminium and copper scrap shipments to China, with its import market share declining to around 2-4% for both metals in March this year. In contrast, Malaysia’s share of the Chinese scrap import market had soared from some 2% to nearer 15% for both copper and aluminium.

In one of three guest presentations, Eric Tan of SDM Specialty Chemicals Sdn Bhd in Malaysia provided an overview of his country’s legal requirements governing imports and exports of non-ferrous scrap, identifying “confusion” surrounding the hazardous or non-hazardous status of some of the unfamiliar types of scrap now entering Malaysia in large quantities.

During a panel discussion moderated by Paul Coyte of New Zealand-based Hayes Metals, Mr Tan also confirmed that Malaysia applies export taxes of 10% on copper scrap and 5% on ingot whereas zero tax is applied to, for example, powders. However, subsequent discussions indicated some openness to interpretation about what constitutes a powder.

A near-term prospect, added Mr Tan, is the establishment of a Malaysian Non-Ferrous Metals Association whose goals will include assisting in the standardisation of importation and acting as “a bridge” between industry and government.

According to fellow guest speaker Henry Van, a senior analyst focusing on aluminium at CRU International Ltd, China has “not woken up to the value of scrap”. Scrap consumption is being held back, he maintained, because of the need to convince chief financial officers that “scrap spreads will stay wide for two to three years” to enable the required investment in sorting and processing equipment to be recouped.

Based on surplus generation, CRU anticipates that the aluminium scrap price within the next three-year period “will stay below the primary aluminium price”. In his presentation, Mr Van stated: “Scrap is cheap as a result of recent supply-side shocks and there’s an incentive to use more.”